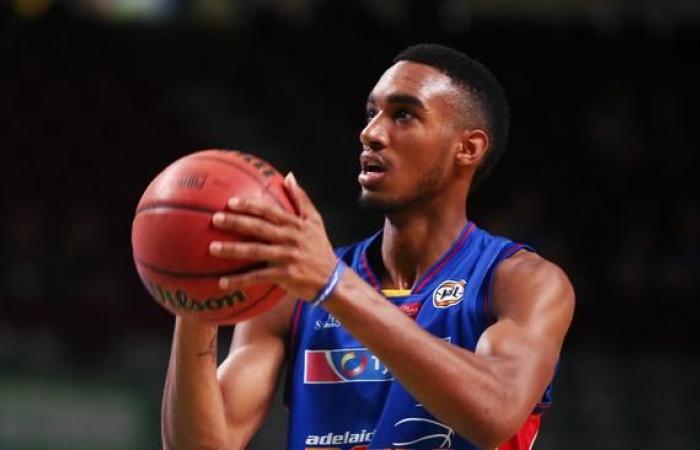 The woman “clearly declined” Ferguson’s offer to go to bed with his Dallas-based brother, according to the lawsuit.

She then declined the invitation in September 2018 when she was at Ferguson’s home, where the NBA player re-submitted the request, the lawsuit said.

On the same day, Willis allegedly entered Ferguson’s bedroom as the two were having consensual sex, which terrified her when she withdrew consent from future sexual contact with Ferguson.

Ferguson ignored the woman’s wishes, telling her to “shut up and get on your knees” before the ex-Adelaide 36ers player and the 2017 first round election forced her to have oral sex with him when his brother penetrated her vaginally claims.

The woman claims that Ferguson filmed the sexual assault without her consent and shared the footage with others on Snapchat, causing “physical, emotional and psychological” injuries, according to the file.

The Oklahoma County Attorney’s Office declined to indict Ferguson in April after he was charged in the same overt incident, The Oklahoman reported.

“There was no evidence to back up the reporter’s allegations that the sexual behavior was not consensual,” District Attorney David Prater announced earlier this year.

An attorney who previously represented Ferguson did not return a message on Monday for comment, The Oklahoman reported.

Attorney Billy Bock dismissed allegations against Ferguson as “false” in April after prosecutors decided not to prosecute the alleged attack.

“He was fully involved in the investigation and appreciates the professionalism of the investigators at the Oklahoma City Police Department and Mr. Prater’s office, which has refused to bring charges,” Bock told the newspaper.

Willis is also being sued in the civil lawsuit that claims more than $ 500,000. It is unclear whether Willis or Ferguson hired attorneys to represent them on the matter, The Oklahoman reported.

Ferguson, who has a daughter, Lylah, who was born in late 2018, just finished his third season with the Thunder after being selected in the 2017 NBA Draft.

The High School All-American played with the 36ers for the 2016-17 season as one of the pioneers of a program where Australian basketball provides a seat for NBA draft prospects who do not wish to play in the US college system.