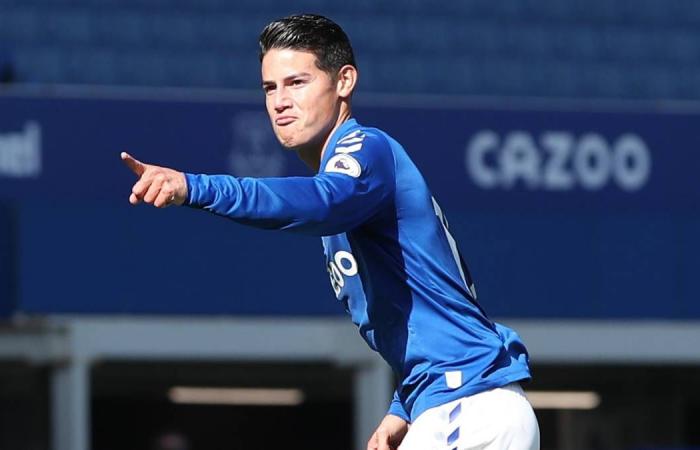 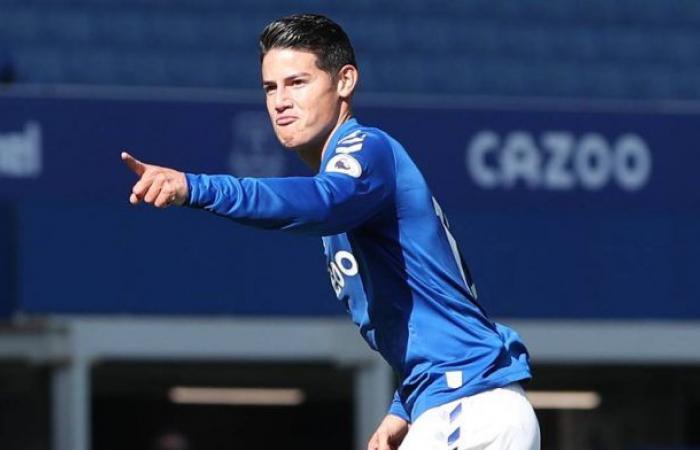 James Rodríguez has had a spectacular start to the season. The Colombian midfielder has been chosen the man of the match in the four commitments he has played in the Premier League, in which he already has three goals and two assists. At the Carabao Cup he also reported with an assist.

The level that James has shown in his first month in England has increased his value. In accordance with Transfermarkt, James is up 9.4% (€ 3 million) and is now valued at € 35 million, remaining as Everton’s third-most expensive player, behind Richarlison and Dominic Calvert-Lewin, who are valued at $ 60 and $ 40 million respectively.

James had already been valued at 35 million euros, it happened in January 2014 when he was 22 years old and wearing the Monaco shirt, however the last time it increased in value was in July 2018 at Bayern Munich, went up from 65 to 70 millions.

James, far from the most expensive Premier

Although its value increased, James Rodríguez is out of the 50 most expensive in the Premier League, ranks 71, 93 million less than Raheem Sterling of Manchester City, who leads the standings.

Sterling it the most expensive player with a value of 128 million euros, followed by Kevin de Bruyne, Harry Kane, Mohamed Salah and Sadio Mané. All four valued at 120 million. Further back is Trent Alexander Arnold with 110.

Davinson, the most expensive Colombian

Davinson Sánchez continues to be the most expensive Colombian in the Premier with a value of 45 million euros, it lost three million compared to its previous valuation. Yerry Mina and José Heriberto Izquierdo kept their courage, While Steven Alzate raised 4.7 million euros, it is now priced at 7 million.

On the other hand, Jefferson Lerma was devalued by 5 million euros after descending with the Bournemouth. However, he is the most expensive player on his team and second in the entire Championship behind Watford’s Ismaila Sarr.

*The article has been translated based on the content of Source link by https://colombia.as.com/colombia/2020/10/13/futbol/1602606127_443724.html
. If there is any problem regarding the content, copyright, please leave a report below the article. We will try to process as quickly as possible to protect the rights of the author. Thank you very much!

These were the details of the news James increases in value after a month in the Premier League for this day. We hope that we have succeeded by giving you the full details and information. To follow all our news, you can subscribe to the alerts system or to one of our different systems to provide you with all that is new.