The Real Madrid star: I have mastered the ‘bad habit’ 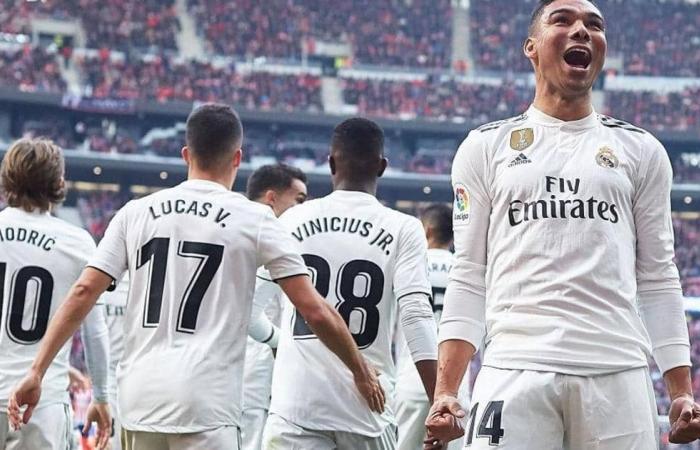 I am always very careful in matches, and I have controlled this situation very much, and I hope to continue without being stopped, ”the Brazilian player said, during statements reported by the Spanish newspaper, Marca.

And Casemiro talked about his choice of No. 14 with Real Madrid. He said: “When I returned from my time with Bhutto, they told me to choose between the numbers 21 and 14, I did not hesitate and I chose No. 14 because it was the number Xabi Alonso and Gotti, they were two examples from whom I learned a lot.”

وقال Casimiro: “I like watching footballSo much so, that my wife gets mad at me sometimes because I spend all the days watching the games, am I going to be a coach? Maybe not, because it is a very difficult position. Whatever the outcome of things, the coach will always be the culprit. “

And about Real Madrid’s contract with the French star, Kylian MbappeHe said: “Mbappe? He is a great player, and we always talk about many players, and if the club contracts with them, we will have 100 players, but he is now a player in Paris Saint-Germain and I wish him luck.”

And about his fellow Belgian Eden HazardHe explained, “The feeling he leaves in training is that he is a great player, and as soon as he plays 3 or 4 matches and increases his speed, he will regain the level we know.”

“Of course we want to score a lot of goals, but since last year we have built a strong team, and we cannot score 5 goals in every match,” he added.

And he spoke of the French Karim Benzema, Saying: “When we talk about Karim, we are talking about one of the best strikers in the world, and he must be talked about with respect.”

Regarding criticism of the team, he revealed, “Let people talk about what they want, for we are at the top of the ranking table.”

He concluded by talking about the departure of the Welshman Gareth Bale, saying: “He was good with everyone, and he is one of the best players in the world, and it was a pleasure to deal with him, and I thank him for all the goals he scored in the finals.”

These were the details of the news The Real Madrid star: I have mastered the ‘bad habit’ for this day. We hope that we have succeeded by giving you the full details and information. To follow all our news, you can subscribe to the alerts system or to one of our different systems to provide you with all that is new.