Witness: Ahmed Fahmy enters a new altercation because of Shikabala and... 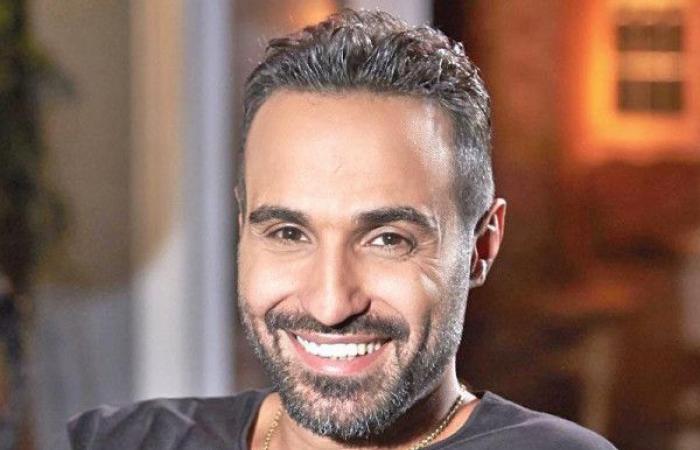 Barely hours passed since the video clip in which he appeared quarreling with Zamalek club player Mahmoud Shikabala, but the artist Ahmed Fahmy found himself in a new crisis because of the famous player, while sitting on the stands of Cairo Stadium, to watch the Al-Ahly and Pyramids match, a number of The audience understood me to take some pictures with him, and he agreed, and in the meantime he entered into a verbal altercation with one of the attendees, due to his disagreement with the Zamalek player.A number of Facebook users shared a video clip documenting a verbal altercation between Ahmed Fahmy and one of the attendees at the match stadium, where one of the attendees told him that Shikabala was the reason for his fame.

Another asked him about the revenues of his last movie, and the comedian decided not to respond and ignored the crowd. One of the attendees added that Shikabala was the reason for his fame, and that he had become a “trend”, and my understanding continued to ignore, and take memorial photos with the crowd.

Fahmy had revealed the scenes of what took place between him and the star and captain of the Zamalek Club, Shikabala, in the video that spread on social networking sites, and the quarrel that occurred between them, during a phone call to the program “The Story”, presented by Amr Adib, on the mbc channel Egypt, where He said: “By God, I was going to wreck him with a bang on his brain and shout with him in order to break it, but he insulted the crowd of my family and those who encourage him, and I responded to him by telling him all the needs he loves.”He added: “I can do what you do, but I don’t do, and he said that we were eating in one plate, and then insulted the Al-Ahly club fans and the Al-Ahly club entity, and I insulted him personally and I could not insult the entity of the Zamalek club or the fans of the Zamalek club, especially if it was in symbols Zamalek club are present, including Hazem Imam and Amir Mortada Mansour. ”

He concluded by saying: “Chikabala, when he was in Portugal, asked me to mediate for him, go to the Al-Ahly club, which was a need between me and him, and I tried to help him and the man was not wrong. I posted his picture and declared my solidarity with him, and we will not remain friends again, at least we were friends and I do not dare to curse the Zamalek club and the fans of Zamalek club. “

These were the details of the news Witness: Ahmed Fahmy enters a new altercation because of Shikabala and... for this day. We hope that we have succeeded by giving you the full details and information. To follow all our news, you can subscribe to the alerts system or to one of our different systems to provide you with all that is new.