Liverpool recover Mane and Alcantara after recovering from the Corona virus 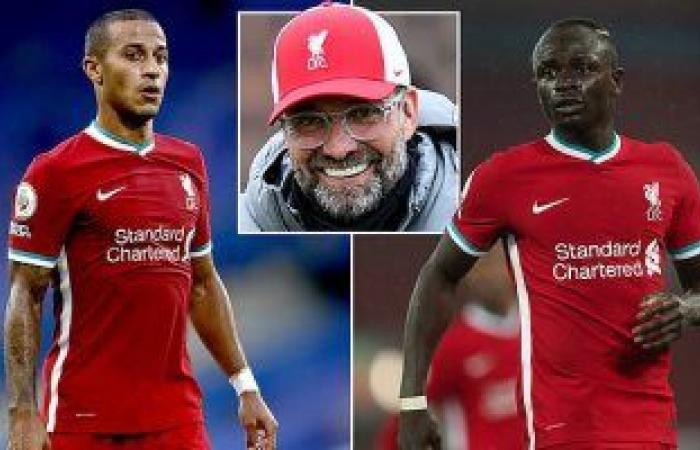 The English club Liverpool got great support before the upcoming Merseyside derby match against Everton next Saturday, after the team’s two stars, Sadio Mane and Thiago Alcantara, returned to training at the Reds’ Melwood training complex after the recent tests carried out by the duo proved negative for the Corona virus, days later From their injuries and their departure from the last Aston Villa match, in which the team met a disastrous result by losing 7-2 at Villa Park.

The two players had tested positive for the virus before the international suspension, and had to go into self-isolation, following the British government’s instructions.

Midfielder Thiago was absent from matches against Arsenal and Aston Villa before the Premier League was halted, and Mane missed the team’s 7-2 defeat against the Fellians, as they followed strict rules and guidelines.

Thiago had hinted that he had recovered from the virus after he posted pictures of him through his account on the “Instagram” site while wandering around Liverpool city center.

The protocol established by the Premier League stipulates that any player who tests positive for Coronavirus must undergo a ten-day isolation period and then take two negative tests in order to return to work.

With all players returning to training now, they could go directly into the game as Juergen Klopp’s side face Everton on Saturday.

The Spanish midfielder is likely to quickly return to the starting line-up as Ghanas Naby Keita, who tested positive for the virus while at Guinea yesterday, will likely be absent.

These were the details of the news Liverpool recover Mane and Alcantara after recovering from the Corona virus for this day. We hope that we have succeeded by giving you the full details and information. To follow all our news, you can subscribe to the alerts system or to one of our different systems to provide you with all that is new.