Borussia Dortmund ‘child prodigy’ Youssoufa Moukoko is on the line to... 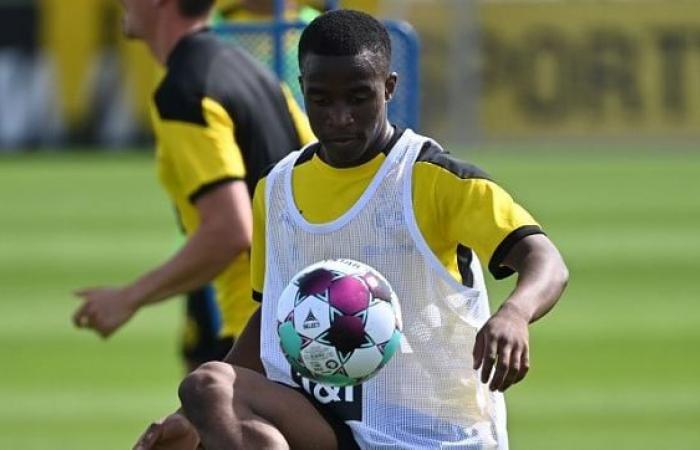 Dortmund’s sports director Michael Zorc told the German daily Bild: “We will put him on the B list” for the group stage of the Champions League. Dortmund pulled Zenit Saint Petersburg, Bruges and Lazio in Group F.

Borussia Dortmund’s Youssoufa Moukoko, who turns 16 on November 20, could make history in the Champions League next month by becoming the youngest ever player in the competition.

Dortmund’s sports director Michael Zorc told the German daily Bild “We’ll put him on the B list” for the group stage of the Champions League. Dortmund pulled Zenit Saint Petersburg, Bruges and Lazio in Group F.

The 15-year-old Moukoko, who is already a successful goalscorer in German youth football, is not on the A-list of the club that is registered for the Champions League competition.

However, he will be on the B-list, which under UEFA regulations means a 16-year-old can play provided he has been with the club for at least two years and Moukoko joined Dortmund in 2016.

He will be 16 years old four days before Dortmund hosts Bruges in the group stage on November 24, when he could become the youngest player in the history of the Champions League.

The record is currently held by the now 42-year-old Nigerian Celestine Babayaro, who was 16 years and 86 days old when he played for Anderlecht in 1994 against Steua Bucharest.

He was known to last only 34 minutes before being sent off but spent eight years at Chelsea.

Last month the 15-year-old scored a hat trick in his first U19 game and has already trained with Dortmund’s senior national team.

He also made his debut in September for the German U20 national team.

Sebastian Kehl, head of the Dortmund player department, told the AFP subsidiary SID, however, that the club wanted to dampen the hype about its child prodigy.

Making his professional debut would be “a big step and he’s only 15 years old. We have to give him the necessary rest and time, ”added Kehl.

These were the details of the news Borussia Dortmund ‘child prodigy’ Youssoufa Moukoko is on the line to... for this day. We hope that we have succeeded by giving you the full details and information. To follow all our news, you can subscribe to the alerts system or to one of our different systems to provide you with all that is new.