Italy will use its U-20 team in the U-21 qualification against... 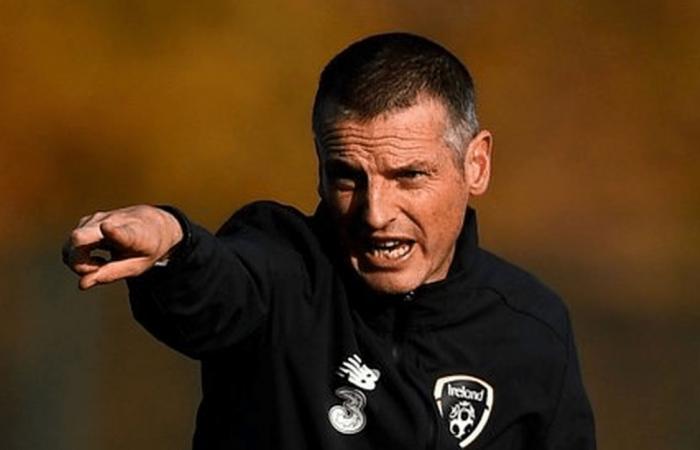 ITALY have confirmed that they will be fielding their U-20 side and will use a new manager against the Republic of Ireland in tomorrow’s qualifying for the U-21 European Championship final after their original squad with a string of Covid-19 cases was hit.

The Italians, three points behind Ireland’s leaders, were unable to play a qualifying game against Iceland last Friday after two players and a staff member tested positive for coronavirus. On Monday morning, the Italian federation confirmed that three other players had tested positive.

Irish boss Jim Crawford, who spoke this morning after the news of the positive tests broke, admitted he was in the dark about his opponents’ plans but did research on members of the U-20 squad to his own players prepare.

And on Monday lunchtime, 26 hours before kick-off for a game vital to Ireland and Italy’s qualifying hopes, the Italian federation confirmed that its U-20 side would play instead of the U-21, with some U-21s 21 players would keep playing.

The Italians have asked UEFA for permission to use U-21 players Patrick Cutrone, Samuele Ricci, Riccardo Sottil and Sandro Tonali in the game.

“As a precaution and responsibly, the federation has decided that it will be the U20 national team that will play with the Republic of Ireland tomorrow,” said the Italian association.

“The U20 national team, led by Alberto Bollini, who had been alerted in advance in the last few days and had been in the training camp in Florence since Wednesday, October 7th, was tested twice, all of which led to negative results. The U20 national team switched to the Federal Technical Center of Coverciano, with the aim of being equipped for the necessity, then had to take over the field in Pisa. ”

U-21 team coach Paolo Nicolato will hand over control of the game to U-20 manager Alberto Bollini. “We are very sorry, we have come every possible way in a very complex situation,” said Nicolato.

The competition rules dictate that once a team has 14 eligible players who are free of Covid restrictions, play will resume and Crawford, who lost Dara O’Shea and Jason Knight from his roster when they were awarded for the senior Service called, assuming the tie will be played.

“The mindset is that the game is definitely moving forward. We are preparing as usual, ”he said today at a press conference in Pisa.

“Some of our preparations have failed. Italy was due to play Iceland on Friday and last night’s meeting was an overview of how Italy played. So we had to postpone that. Our individual meeting with the Italian players planned for this evening. “… We don’t know which team they will have. They had three more confirmed cases, we don’t know about close contacts. We’re preparing like there’s a game tomorrow. ”

These were the details of the news Italy will use its U-20 team in the U-21 qualification against... for this day. We hope that we have succeeded by giving you the full details and information. To follow all our news, you can subscribe to the alerts system or to one of our different systems to provide you with all that is new.