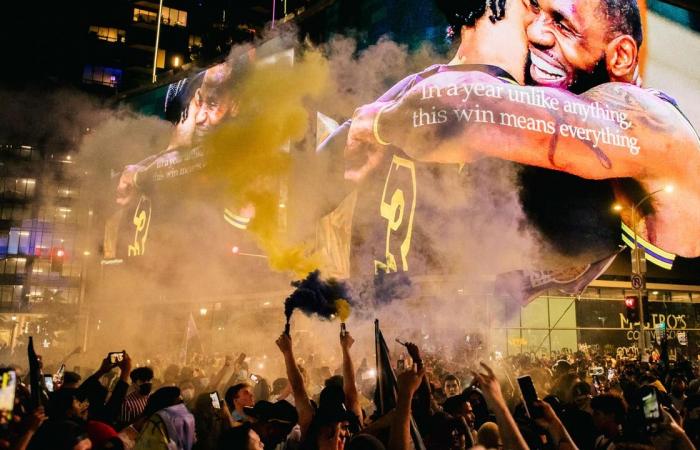 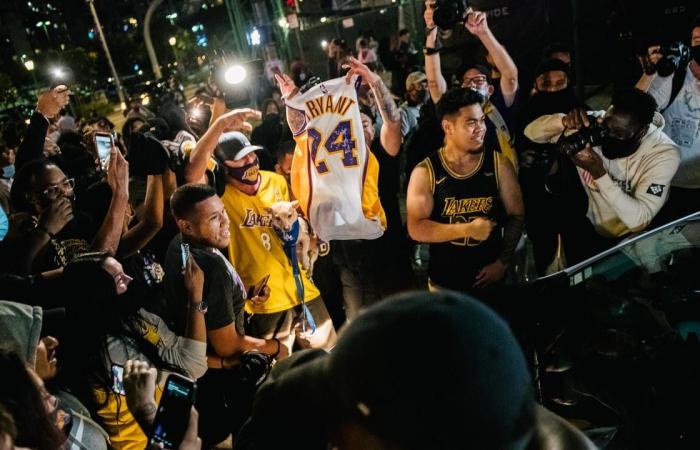 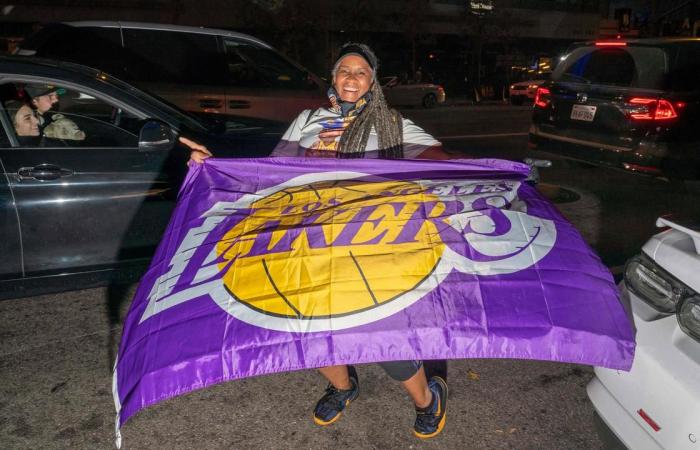 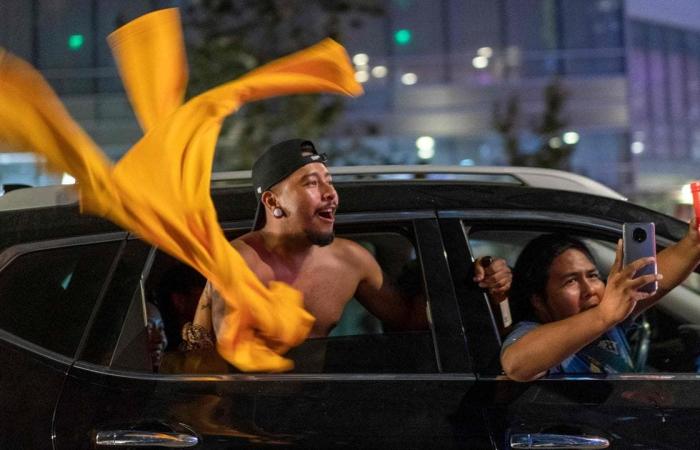 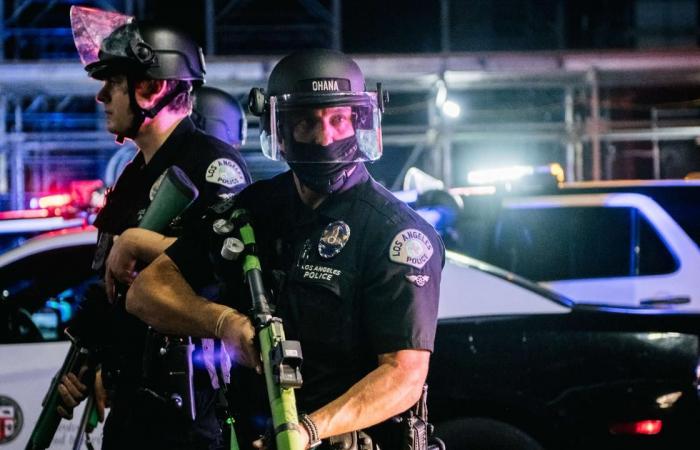 Dancing, donuts, fireworks – and lots of purple and gold.

The Lakers’ NBA triumph has led to wild scenes in Los Angeles. Fans flocked to the city streets to celebrate the franchise’s 17th championship.

Thousands of fans in Lakers gear were seen waving flags and setting off fireworks after the Lakers’ 106-93 win over the Miami Heat, which secured a 4-2 win in the final series.

THE KING: How LeBron turned “underhanded” embarrassment into NBA champions

“You’re the reason I can do this”: LeBron’s FaceTime call to his mother was just beautiful

TEENAGE SENSATION: How ‘the chosen one’ somehow exceeded expectations

There were chants of ‘Kobe, Kobe’ as Lakers fans paid tribute to the late NBA star who passed away earlier this year.

Sam Braslow, a journalist at Beverley Hill Courier, said the LA police had issued a waiver order to the crowd celebrating the Lakers victory.

Dozens of police officers were seen driving to the scene.

Fireworks went off while fans were seen making donuts in their cars on the street while a motorcyclist blew one of his tires.

These were the details of the news NBA finals 2020: Los Angeles Lakers celebrations, pictures, videos, fans on... for this day. We hope that we have succeeded by giving you the full details and information. To follow all our news, you can subscribe to the alerts system or to one of our different systems to provide you with all that is new.