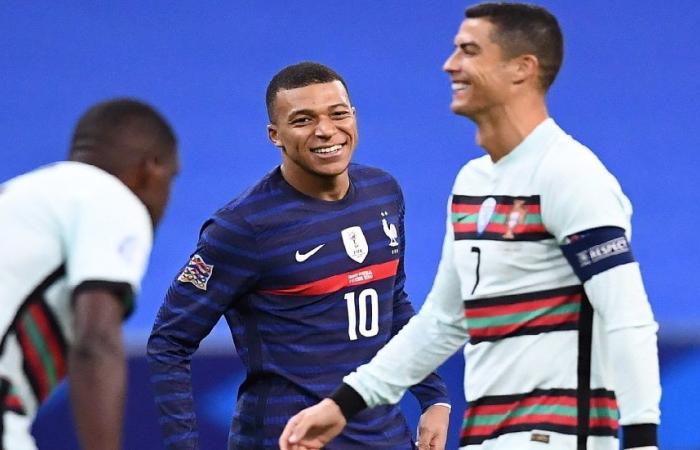 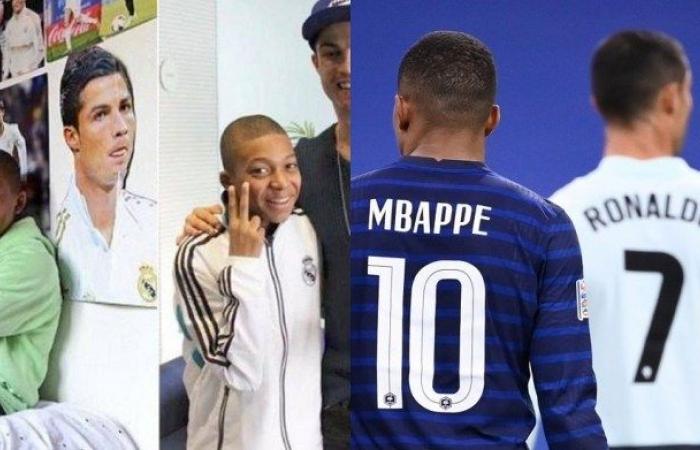 French star Kylian Mbappe expressed his pride in facing his idol, Portuguese Cristiano Ronaldo, during the match that brought together yesterday, Sunday, the French national team with his Portuguese counterpart.

Mbabi, through his official account on “Instagram”, after the match that ended in a goalless draw, published a picture of him with the Portuguese star, and commented on it, saying: “My (beloved) idol.”

The French international striker also attached the photo, with emoji featuring a crown and a goat.

He wanted Mbappe by placing the symbol of the crown, describing Ronaldo as “the king”, while the goat, in English “GOAT”, is an abbreviation of the greatest sentence ever (Greatest Of All Time). 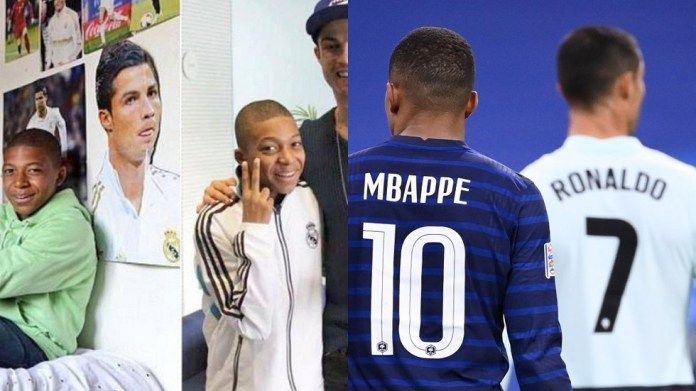 These were the details of the news Mbappe comments on a picture of Ronaldo with the symbol “Goat”... for this day. We hope that we have succeeded by giving you the full details and information. To follow all our news, you can subscribe to the alerts system or to one of our different systems to provide you with all that is new.