Ruthless FSG power movement that would give Liverpool more control than... 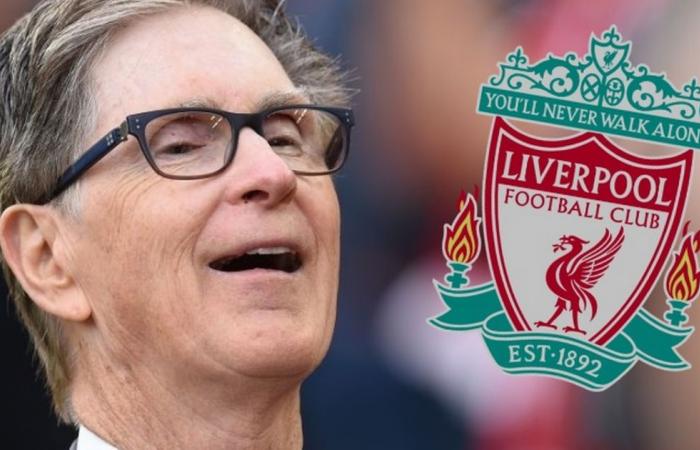 Liverpool had seen dominance for two decades the last time English football was given a major overhaul.

In 1990, the year of the Reds’ penultimate title win, the first steps were taken to separate from the Football League. Liverpool, alongside Manchester United, Arsenal, Tottenham Hotspur and Everton, was one of the “Big Five” attracted to the lucrative prospect of a larger share of the money for television rights.

Within a year, a proposal was tabled to create a new league that would add more money to the game overall, and on July 17, 1991, the founding membership agreement was signed, which laid down the basic principles for creating the FA Premier League.

The FA Premier League was given commercial independence from The Football Association and the Football League, and was licensed to negotiate its own broadcasting and sponsorship agreements with BSkyB to obtain the rights to show world-class English football.

First Division clubs stepped out of the Football League en masse in 1992, and the FA Premier League was formed on May 27 of that year, with Rick Parry as original CEO.

Now, 30 years later, at a time when Liverpool are champions again, the next overhaul could be imminent as the Reds’ former managing director once again plays a pivotal role.

The Telegraph reports that Liverpool and Manchester United are the “driving forces” behind “Project Big Picture,” which would reduce the Premier League to 18 teams and reshape the game’s finances by giving the EFL and EFL a bailout of £ 250 million giving £ 100 million gift to the FA to help guide them through the coronavirus crisis.

However, ECHO believes that while Anfield officials support the plans, they come from Parry, now chairman of the Football League, and not controlled by the FSG.

The origins of the Premier League were admittedly linked to a desire to step back from their lower division peers and keep up with elite teams across the continent after they were banned from European football by English teams following the disaster had fallen behind financially in the Heysel Stadium.

However, these recent Parry plans are aimed at ensuring the safety of the teams that the Premier League previously left behind.

Unsurprisingly, the Premier League is unimpressed by the proposals, has labeled them “harmful” and has attacked Rick Parry and his support on the file.

If the proposal were actually implemented, what would it mean for Liverpool?

Good to start with, you would become even more of an important player in English football.

As one of nine clubs that have been in the Premier League the longest, alongside six big teams Manchester United, Manchester City, Chelsea, Arsenal and Tottenham Hotspur, as well as Everton, Southampton and West Ham United, they would rule the race in every aspect .

While the Big Six would sacrifice their larger share of TV revenue under this new model, only part is based on three years of performance in the league with the aim of closing the huge profit gap between Premier League and EFL clubs greater control over management decisions than ever before.

Premier League champions Liverpool are ready to fight for a seventh European crown.

The Reds will find out their opponents in the group stage when the draw takes place in October.

Follow the latest news from the preparations for Melwood and Liverpool in Europe with updates from Paul Gorst, Ian Doyle and the rest of the ECHO team.

You will also receive an additional weekly newsletter with the latest news from Paul behind the scenes at Melwood.

According to the current rules, the Premier League is a democracy with 20 clubs, where each proposal must be supported by 14 sides.

However, the new plans provide for such a system to be replaced by Liverpool. One in nine clubs has been given “long-term shareholder” status, gaining unprecedented power with the votes of only six clubs required to make major changes.

These nine clubs would decide on all important changes and contracts and could even veto a new owner who would take over the management of a competing club.

Under such rules, Liverpool could hypothetically have refused to accept the takeover by FSG and Tom Hicks and George Gillett, and this opens the door to a political minefield as it attempts to combat the currently controversial fitness and personal test to authorize a change of ownership.

One of the most important changes would be to reduce the Premier League from 20 to 18 teams, with the Community Shield scrapped and the League Cup following or going on without the involvement of the top teams competing in Europe.

As a result, there would be fewer domestic games for the Reds, while they could play more games in the expanded Champions League, which is expected from the 2024/25 season.

In other words, while Liverpool and the rest of the Big Six would sacrifice some of their TV revenues from the Premier League, the larger financial gains in Europe would reimburse them while keeping their place at the top of England’s football ladder .

In a further protection of the top clubs, relegation would be revised, with only the two lower teams guaranteed to fall into the championship. The Premier League team, which occupies 16th place, joins the third, fourth and fifth second division teams in the revised play-off tournament.

Parry has admitted that there is likely to be resistance from the Premier League midfielders who would see it as detrimental to their financial prospects with less money and two fewer places in the top division.

“It’s definitely going to be a challenge and it’s a huge change that can’t be without pain,” he said.

“Do I really think it’s for the good of the entire game? Absolutely. And if the [big] Six are benefiting from it, why shouldn’t they? Why wouldn’t they name it any other way? ”

Now that Liverpool have re-established themselves at the top of English football, it is another way for Liverpool to maintain that status and control over their midfield counterparts and to ensure that it is more difficult for a team like Leicester City to fill that gap close or even win the Premier League with attempts that are externally invested at the discretion of the top nine teams.

In the meantime, there would be a later launch date for the Premier League in August to allow more headroom for pre-season friendly matches, and all clubs will have to compete in a summer Premier League tournament every five years.

This would mean there is a bigger window of opportunity for lucrative warm-up games near the season and greedy tours where Liverpool can better capitalize on the American and Asian market.

The proposals also suggest a revision of the loan system which would allow clubs to loan 15 players at the same time domestically and up to four players at a single club in England.

As a result, the clubs could work even more closely with the teams in the lower leagues to create more opportunities for young players. This would be a step towards U23 football and the current participation of the Category 1 academy teams in the EFL Trophy.

But along with the financial bailout, they would be even more reliant on the top Premier League teams.

Elsewhere, a proposed fan charter would limit tickets to £ 20, subsidize away travel, focus on getting back to a safe footing, and hand out a minimum away allocation of eight percent capacity with such proposals that will undoubtedly be popular with the majority of fans when stadiums are reopened after the coronavirus pandemic.

It’s no surprise Liverpool bosses support such changes. As a former CEO of the Reds, Parry obviously has close ties to Anfield and is driving such proposals himself.

The FSG has always shown that it is open to innovation and will undoubtedly take inspiration from US sports, where teams are not struggling with relegation.

While it could never be abolished in England, these plans are as close as possible.

Football League clubs are effectively being forced to accept such terms in order to guarantee their future in a time of financial uncertainty. You will sign two positions in the Premier League, a potential advancement point, and every major say in leading the top flight of the step up.

There are some points in Project Big Picture that would benefit all clubs and fans of English football and Liverpool would certainly be one of the teams it would be most beneficial to.

But let’s not kid ourselves. The Premier League Big Six do not approve of this proposal in order to make football more affordable for the Football League clubs or from the goodness of their hearts.

It would be mostly a ruthless shift in power, taking advantage of the current climate to emerge from it in the best possible position and to ensure that they have better control of English football than ever before and with a view to the potential European awards that are waiting for you just around the corner.

These were the details of the news Ruthless FSG power movement that would give Liverpool more control than... for this day. We hope that we have succeeded by giving you the full details and information. To follow all our news, you can subscribe to the alerts system or to one of our different systems to provide you with all that is new.