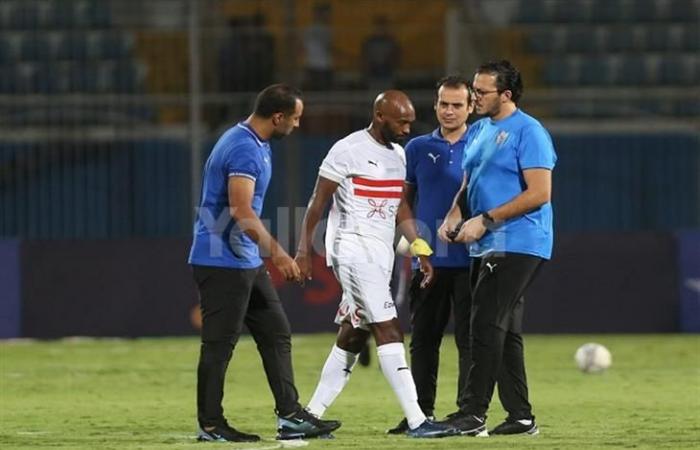 A source inside the Zamalek club revealed the position of the team’s trio Mahmoud Abdel Razek “Shikabala”, Hazem Imam and Mohamed Abdel Ghani from the Moroccan Raja Casablanca match.

Zamalek is scheduled to go out to face Moroccan Raja Casablanca next Sunday (October 18) in order to fight the first-leg battle of the semi-finals of the African Champions League competition.

The source, who declined to be named, said in exclusive statements via “Yallakora”, that the team’s player, Mahmoud Abdel-Razek, “Shikabala” is close to the end of the qualification period.

The source noted that Shikabala will be with the team in Morocco as a kind of motivation for the player, but it is difficult to participate in the “Casablanca” summit.

“Shikabala” suffered a pain in the inner ligament of the knee during the Pyramids match, which ended in favor of Zamalek with two unanswered goals within the accounts of the 24th week of the Egyptian We League competition.

The source added that the medical staff is trying to prepare Hazem Imam to join the Raja match, especially since the back of Ayman Zamalek will miss the next border guards meeting, which will be held Monday evening in the 33rd round of the league competition.

Hazem Imam was injured in a muscle strain during the last game of Wadi Degla, which ended in a goalless draw.

The third injury to the team, which is defender Mohamed Abdel Ghani, where the player’s status will be determined tomorrow, Sunday, to see whether or not he will be with the team’s mission.

The source concluded that the player, after suffering a broken nose, may participate in future training and matches with a mask.

Zamalek, before the battle of Raja, has a local match represented by the border guards meeting, which will be held next Monday evening in the 33rd round of the Egyptian We League competition.

These were the details of the news Zamalek injuries .. Shikabalas absence in front of Raja for this day. We hope that we have succeeded by giving you the full details and information. To follow all our news, you can subscribe to the alerts system or to one of our different systems to provide you with all that is new.