A terrifying injury to a Colombia defender in the 2022 World... 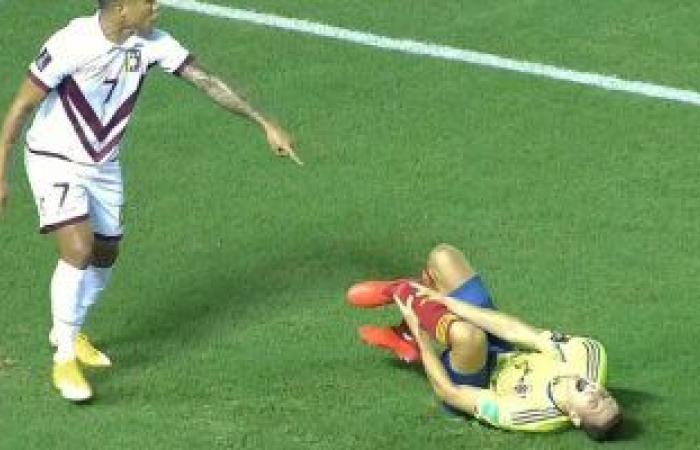 Santiago Arias, the right-back of Atletico Madrid and the Colombia national team, suffered a serious injury at the ankle level during the confrontation of his country against its guest Venezuela, which is currently combining them, at the “Metropolitano” stadium, in the first round of the qualifiers for the South American continent, qualifying For the 2022 World Cup.

Arias was injured, just 9 minutes after the start of the match, when he tried to get the ball in front of the Venezuelan player, to leave the stadium, carried on a stretcher.

The Olympic team is ahead, with two goals to none, 10 minutes before the end of the first half of the match, scored by Dovan Zapata and Louis Muriel.

The South American qualifiers, which qualify for the 2022 World Cup, were postponed for a full 7 months, due to the crisis that the world is suffering from, the outbreak of the new Corona virus.

Colombia started the match with a formation consisting of:

The competitions of the first round of the qualifiers for the 2022 World Cup on the continent of South America conclude with the meeting of the Brazil national team with its guest Bolivia, at 2:30 on Saturday morning.

These were the details of the news A terrifying injury to a Colombia defender in the 2022 World... for this day. We hope that we have succeeded by giving you the full details and information. To follow all our news, you can subscribe to the alerts system or to one of our different systems to provide you with all that is new.