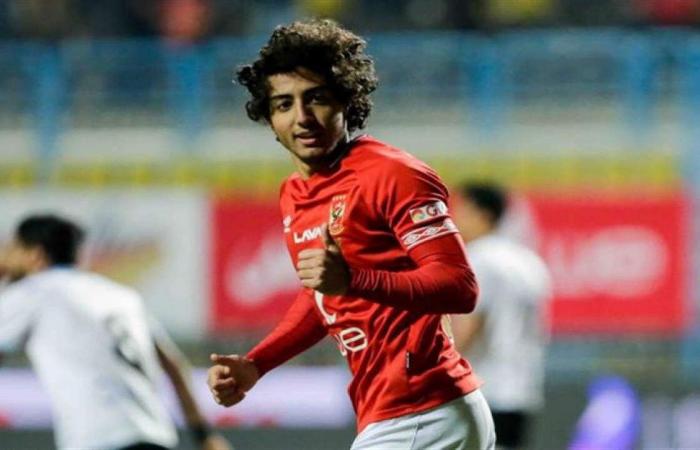 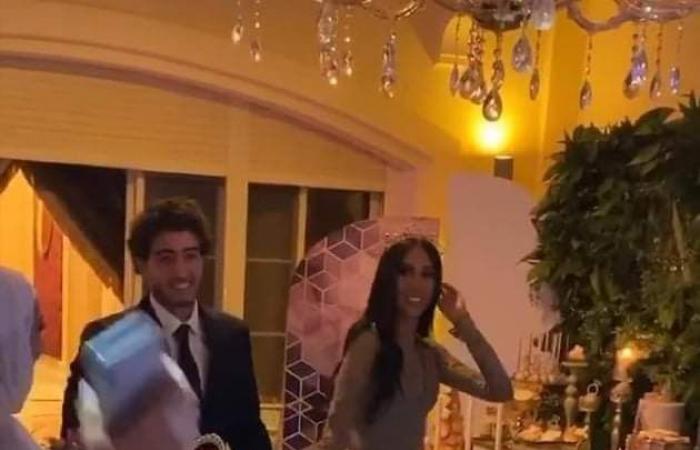 Many Instagram leaders shared video clips and pictures from the engagement party of Al-Ahly player “Mohamed Hani”, to the sister of Hossam Ghaly’s wife, the former Al-Ahly player, and Hossam Ghaly is currently managing the ball at El Gouna Club.

The bride wore a long sleeveless dress decorated with inscriptions, while the groom appeared in a classic dark-colored suit, in the presence of a number of friends, family and Al-Ahly players, and among them was the player “Ramadan Subhi”, who was recently transferred to Pyramids.

It is noteworthy that Captain “Hussam Ghaly” announced his retirement in April 2018 at a press conference, to overcome his tears during his speech, explaining: “I am salvation, I am not able.”

And Lamis, his wife, explained, through a telephone conversation, “Hussam remained a gift after his retirement, and during the El Gouna period, his wife relaxed, and there was no pressure at home.”

She indicated that his personality did not change in his nervousness, “Al-Ahly is Hussam’s house, and a good step for him, but it is a lot of work in El Gouna, and you will stay in another moment.”

Hossam came up with the intervention, “I am going to El Gouna exclusively for her,” and his wife went on, “Of course I take my opinion before he goes, and I am in the spirit of Hussam in any way, and the family is his most important need, and the soccer player stays far away and camps are always and not together.”

And she indicated, “I did not believe that he retired, and in order to stay together, and when it was the view of El Gouna, I said it was not possible that we would come again, so I decided that I must take the children and go with him and live there.” Husam’s Al-Ahly club represented a sacred need, and he was upset when he walked, but his decision was so I must support him.

Despite the pressures and nervousness, Lamees believes that her husband is suitable for every work connected with football, whether he is a coach, an administrator, or a commentator, as she explained, “By God, it is not because I am his times and my testimony is considered wounded. Hussam will keep you comfortable in the three jobs, he is a dangerous coach. But we have to guide a little and lower our brain in the hull, and it is appropriate for him to analyze because he remained in style and dialogue, and it is also appropriate for him to be administrative, because he shines with El Gouna.

Then she moved to talk about the love of her husband, the player “Hossam Ghaly,” to the entity of the Al-Ahly club, “Hossam is simplifying for Al-Ahly Club, and his affiliation with Al-Ahly is a single number even and we are with El Gouna, it is necessary to simplify to win. In the same position as her husband Hossam Ghaly.

These were the details of the news The first pictures of the engagement of Al-Ahly player Mohamed Hani... for this day. We hope that we have succeeded by giving you the full details and information. To follow all our news, you can subscribe to the alerts system or to one of our different systems to provide you with all that is new.