Al-Khatib heads the Al-Ahly delegation in Morocco and Ismail Youssef for... 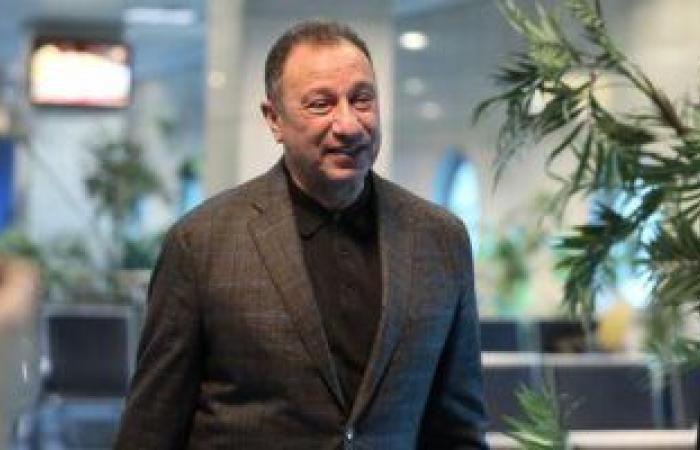 Ambassador Ashraf Ibrahim, Egypt’s ambassador to Morocco, revealed the Baathist leaders of Al-Ahly and Zamalek in preparation for the Moroccan Wydad and Raja in the semi-finals of the African Champions League in Morocco, adding, “Al-Ahly and Zamalek informed me of the heads of missions, so Al-Ahly will head its mission, Mahmoud Al-Khatib.” Zamalek Council members will travel, but Ismail Youssef will be the head of the Zamalek mission.

Al-Ahly faces Moroccan Wydad on October 17 and 23, while Zamalek will face Moroccan rivals Raja on October 18 and 24 in the CAF Champions League semi-finals.

The Egyptian ambassador to Morocco said in televised remarks: “There is no intention to postpone and only a week remains for the matches and things are going as planned.”

He explained: “Al-Ahly and Zamalek will travel to Morocco on the 13th, but each team will travel on a private plane and Al-Ahly will arrive two hours before Zamalek.”

Al-Ahly team ranked third in the list of the most threatening teams to the goals of its rivals during the current season of the 2019-2020 CAF Champions League, with 35 shots.

The official account of the Confederation of African Football, “CAF”, on the social networking site “Twitter”, reviewed statistics for the most 5 clubs this season, from the Champions League, to shoot on the goal.

The statistic was led by the Congolese team Mazembe and Moroccan Wydad, with 37 shots, while Al-Ahly came in third place, with 35 shots, then Etoile Sahel, Tunisia, with 33 shots, and finally, the South African Sun Downs, with 31 shots.

While the two sides of the other confrontation in the semi-final, Zamalek and Al-Raja Al-Maghribi, were not in the list of most shots on goal.

These were the details of the news Al-Khatib heads the Al-Ahly delegation in Morocco and Ismail Youssef for... for this day. We hope that we have succeeded by giving you the full details and information. To follow all our news, you can subscribe to the alerts system or to one of our different systems to provide you with all that is new.