Video goals of Al-Ahly and Enppi in the Egyptian League 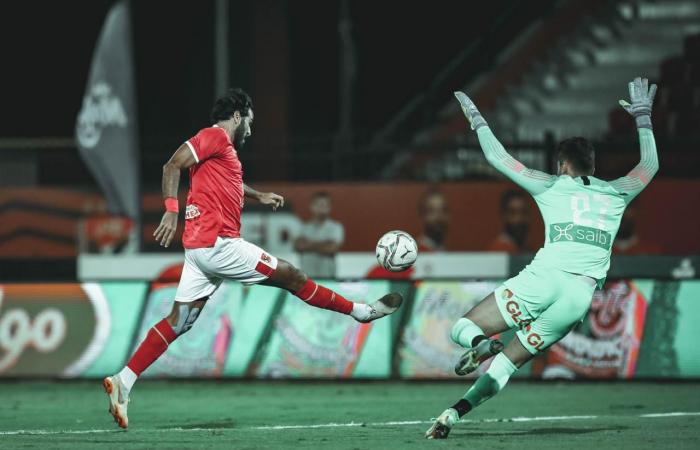 Submit to you a site Mercato Day Goals video Ahly Enppi in Egyptian League, In one Today’s matches Wednesday 7-10-2020 within the 32nd round.

Match TransferAl-Ahly Wanby ”in Egyptian League On Ontime Sports Channel HD, with the voice of commentator “Muhammad al-Kawalini”, Ali Al-Ahly Stadium In the city of peace.

Today’s match is the club’s second appearance Al-Ahly New, South African ‘Pitso Mosimane“, Who led the Red Genie to victory over the” Arab Contractors “in the last round of the Egyptian League with a clean goal scored by” Amr Al-Soulia. ”

And he entered the club Al-Ahly The match was without its most prominent stars, as “Mohamed El Shennawi, Ali Badji, Rami Rabia, Ayman Ashraf, Mahmoud Metwally, Mahmoud Wahid and Ahmed El Sheikh” are absent due to injury, in addition to the absence of “Yasser Ibrahim” for suspension, and the Angolan Giraldo da Costa and Tunisian Ali Maaloul for joining the national team.

Musimani decided to escalate 8 youths to fill the absences gap, as well as to rest some of his main stars before facing Moroccan Wydad in the semi-finals. African Champions League Especially after the Red Devils won the Egyptian League title in their favor a long time ago.

And sumAl-Ahly82 points, with a huge difference of points, it reached 15 points between him and the second-place holder, 19 points behind the third, “Pyramids”.

On the other hand it exists’EnppiIn fifth place with 45 points, 7 points behind the fourth “The Arab Contractors”, and one point ahead of the sixth, “Smouha.”

These were the details of the news Video goals of Al-Ahly and Enppi in the Egyptian League for this day. We hope that we have succeeded by giving you the full details and information. To follow all our news, you can subscribe to the alerts system or to one of our different systems to provide you with all that is new.