Mystery and controversy surrounding the Saudi Al-Nasr complaint against Persepolis 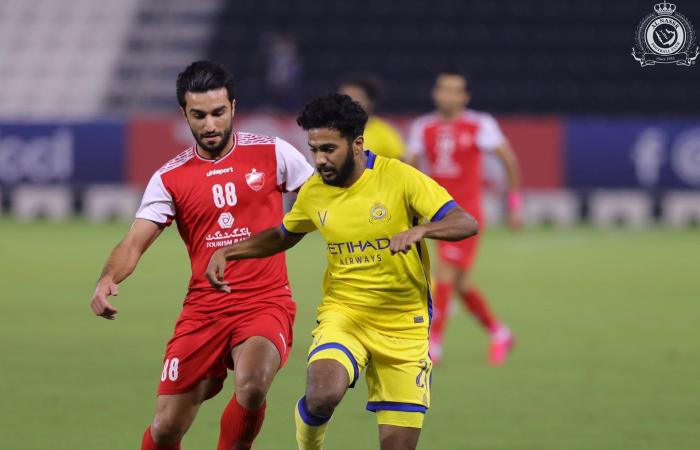 The complaint submitted by the board of directors of the Saudi Al-Nasr Club to the AFC against the Iranian club Persepolis has raised ambiguity, controversy and confusion in the news during the current period.

Al-Alamy had filed a complaint against Iranian club Persepolis after the AFC Champions League semi-final exit after a 5/3 penalty shootout defeat.

As the “Saudi Sports” newspaper revealed that a source in the AFC said today, Wednesday: “No official protest has yet arrived from Al-Nasr Club until the moment. The Saudi Al-Nasr Club protest did not reach the Disciplinary Committee, as the legal department is still studying the protest file before sending it according to the established procedures. “.

On the other hand, Iran Warschi newspaper stated: “The Iranian Disciplinary Committee will issue a final decision next Friday, corresponding to October 9, or at most the beginning of next week.”

Mehr agency claimed that Al-Nasr’s complaint against Persepolis was rejected by the AFC in the first hearing, and the final decision will be announced in the coming hours.

These were the details of the news Mystery and controversy surrounding the Saudi Al-Nasr complaint against Persepolis for this day. We hope that we have succeeded by giving you the full details and information. To follow all our news, you can subscribe to the alerts system or to one of our different systems to provide you with all that is new.