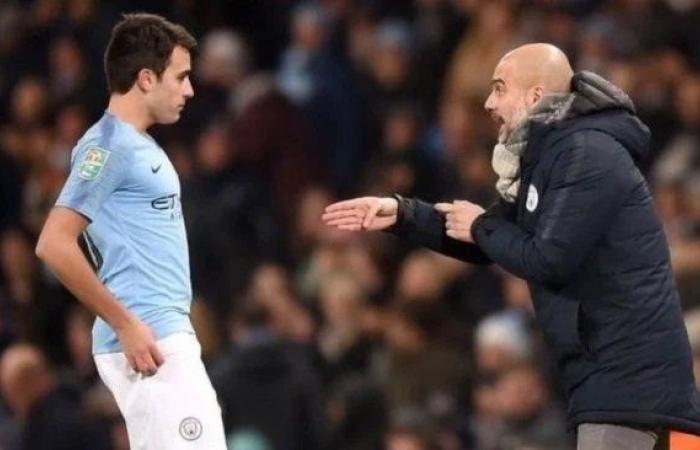 Sport 360 – The newspaper reported Sport Spanish that Barcelona He made his last bid to sign Eric Garcia as a defender Manchester City Young man a few hours before the closing of the current summer transfer market.

Eric Garcias contract expires after the end of the current season, and therefore Manchester City does not mind his departure in order not to lose him for free next summer, while Barcelona sees it as the best option to strengthen the defense line as he is only 19 years old, and he graduated from Lamasia School, and therefore he is used to the atmosphere in The Camp Nou stadium.

ودخل Barcelona In negotiations with Cytzenes Several weeks ago, for Eric Garcia, and Pep Guardiola confirmed that the player wants to return to the Catalan club, but the two clubs have not reached an agreement yet.

The newspaper stated in its report that Barcelona decided to submit a new offer to try to persuade Manchester City to abandon the player, as he is now ready to pay 18 million euros, noting that his first offer was only 10 million euros.

The report added that Manchester City was asking to start with 30 million euros to sell the player, but it reduced the required amount later, which means that there is a possibility to conclude the deal on Monday before the market closes.


These were the details of the news Barcelona News: Barcelona presents a new offer to sign Erik Garcia,... for this day. We hope that we have succeeded by giving you the full details and information. To follow all our news, you can subscribe to the alerts system or to one of our different systems to provide you with all that is new.