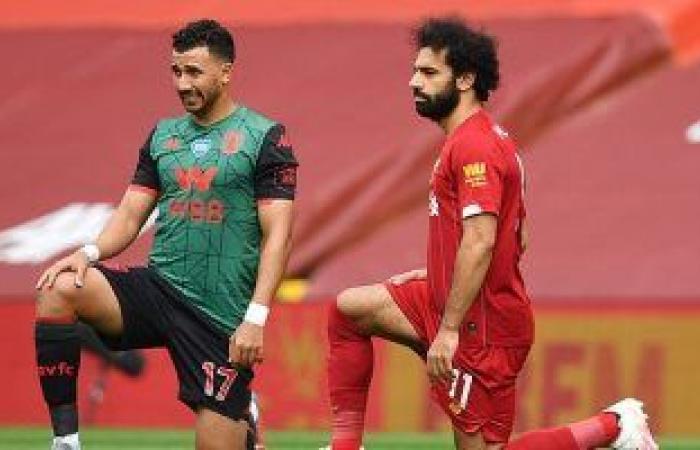 Egyptian international Mahmoud Hassan Trezeguet, the English star of Aston Villa, directed his teammate in the Egyptian national team and Liverpool striker Mohamed Salah, after the “Villans” beat the “Reds” on Sunday evening with a score of 7-2 in the fourth round of the Premier League, and Trezeguet said in statements. Aston Villa website directed his speech to Salah, “This is football, the day of victory and the day of loss. Last year he was the world champion, European champion and England champion, and he achieved successes for Egypt, and among the best 3 players in the world, the result is definitely great, but he can shine in the next matches. .

Trezeguet added, “We did not expect the result. We were confident of winning. If I said we expected to win this result, I would be lying. We entered the match and we were fighting for victory, and in every match we deal with it like the final.”

And the star of the national team continued, “The difference between the last season and the current one is that we learned from the previous circumstances. We were able to achieve our goal of survival, and we passed that stage.”

He concluded his remarks praising the new deals, “The new players definitely added to us, but we helped them adapt, the team is better this season, which helped them and in the end we are helping each other.”

These were the details of the news Trezeguet: Mohamed Salah is one of the best 3 players in... for this day. We hope that we have succeeded by giving you the full details and information. To follow all our news, you can subscribe to the alerts system or to one of our different systems to provide you with all that is new.