Barcelona News: Officially, the nature of Jordi Albas injury has been... 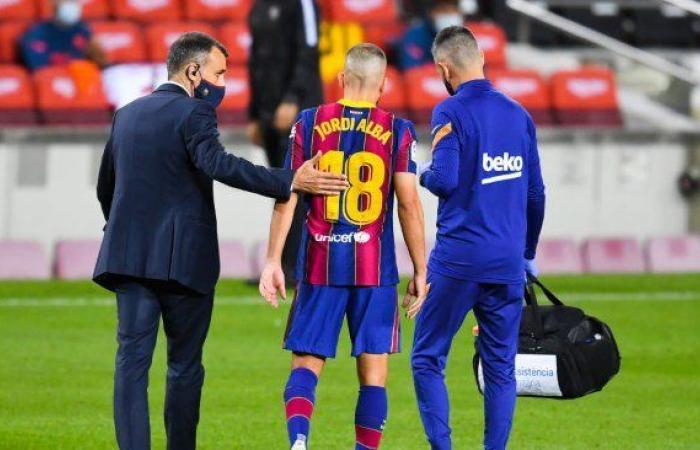 Sport 360 – offset F.C.BThe unveiling of the nature of Jordi Albas injury, which was presented during the Seville match, in the fourth round of competitions Spanish League Championship.

Alba suffered a muscle injury, while trying to control one of the balls, to leave the field, and newcomer Sergio Dest entered his place, given that Junior Verbo was excluded from the match.

“Jordi Alba suffers from discomfort in the right hamstring,” the Catalan club said in an official statement after the match. “More tests will be conducted on Monday to find out the severity of this injury.”

Fortunately for Barcelona, ​​the injury came before the days of the international suspension, and the player may not join the Spanish national team tomorrow, Monday, for the European Nations Cup.

Deest spoke of putting him in the place of Alba, where he said: “I can play on the right and left, I don’t care where I play, it depends on what the coach needs, if he wants me on the left, I will do that.”


These were the details of the news Barcelona News: Officially, the nature of Jordi Albas injury has been... for this day. We hope that we have succeeded by giving you the full details and information. To follow all our news, you can subscribe to the alerts system or to one of our different systems to provide you with all that is new.