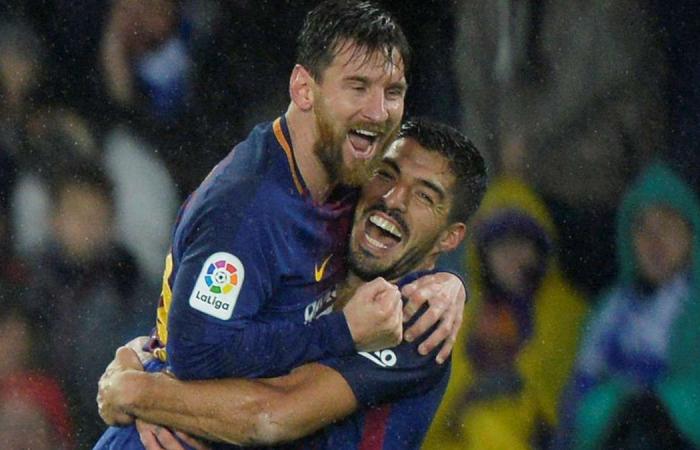 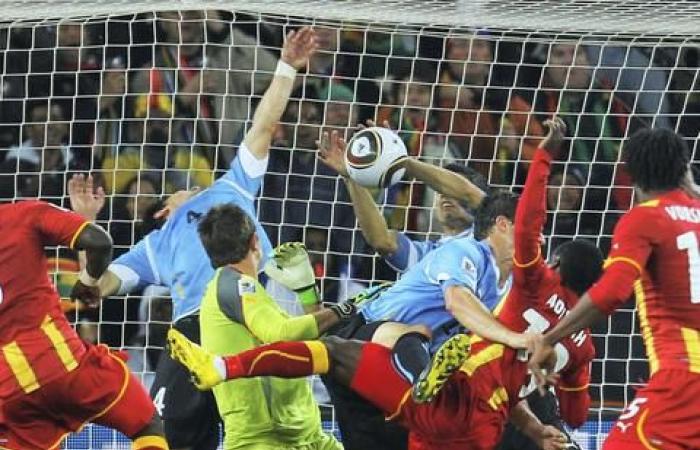 Hind Al Soulia - Riyadh - There were tears from Luis Suarez, a footballer not known for his soft-heartedness, as he said his farewells to colleagues in the Barcelona dressing-room.

Many have been companions for six years. One, Lionel Messi, has become perhaps his best friend in the game.

Messi will miss Suarez, who has joined Atletico Madrid, and will fear what impact his buddy might now have on the balance of power in Spain’s Liga, where Barcelona and Atletico begin their seasons this weekend.

Atletico hope Suarez might play some part in Sunday’s fixture against Granada. Suarez will watch with interest how Barcelona, a ‘new-look’ Barca, perform against Villarreal.

The Catalan club paid tribute to the colossal contributions the 33-year-old Uruguayan made to them, to his 198 goals, to the four Liga titles and the Champions League win of 2015.

But there was a sour taste to his exit, Suarez convinced that Barca tried to renege on an agreement they would let him leave for free, in spite of the year left on his contract, once they learnt he might be joining a direct Spanish rival.

Barca will earn something from the transfer although it will be a maximum of €6 million (Dh25m) and depends largely on him reaching performance-related targets at Atletico. They wanted Suarez’s high salary off their books and the new head coach, Ronald Koeman, made it clear he was not planning his rebuild of Barca around Suarez.

With Suarez leading the line for Atletico, possibly in a snarling front two with Diego Costa, Koeman will quickly be judged on the wisdom of his decision to discard the Uruguayan.

Koeman will also be measured on how soon Messi - who told the club four weeks ago he wanted to leave; they said 'no' - is coaxed to his best form in a team shorn of a few old allies. In all Messi’s brilliant 15 years in the Barca senior side, Suarez has been his favourite striking partner.

Koeman is keen to add an experienced forward before the end of the transfer window, but in the meantime, his priority is to cultivate a partnership between Messi and Antoine Griezmann, who 14 months ago, made the opposite journey to the one Suarez has just completed.

It has not been a dream move so far for Griezmann. The French striker was once a hero at Atletico. On leaving, he was branded a traitor.

He was Barca’s major signing ahead of a 2019/20 that ended with no trophies and humiliation, 8-2, against Bayern Munich in the last eight of the Champions League, with Griezmann relegated to the bench. And he was overshadowed by Suarez: Suarez scored 21 goals to Griezmann’s 15, and assisted 12 to Griezmann’s four; because of injuries, Suarez had played 25 per cent fewer matches than the Frenchman.

This season's Griezmann-versus-Suarez duel sharpens a club rivalry that has intensified over recent seasons. Barcelona and Atletico have in common that they are the lead challengers to champions Real Madrid. They are far from bonded by that.

Atletico were livid last summer at how Barca drew Griezmann away. There would be delight in Madrid if Suarez were to repeat what David Villa did in 2014: Villa left Camp Nou to join Atletico and, within nine months, had helped Atletico to their first Liga title for 18 years, clinching it at Barcelona’s own stadium.

By the time Atletico host Barca in late November, it should be clearer who is best equipped to depose Real Madrid.

By then, a beleaguered Barcelona president, Josep Maria Bartomeu, will likely have faced down a vote of no confidence, and Koeman will have an idea how shrewd he was in taking up what he calls his ‘dream job’ at a time when the club is in crisis in the boardroom and on the field. Koeman's mission, as he sees it, is “to get Barcelona back to the very top, where the best club in the world should be.”

This looks a watershed season for Atletico, too. In December Diego Simeone, the head coach, will mark nine years in the job, a vast length of stay for a modern manager. If his impact on a club that had grown used to failure has been spectacular - the 2014 Liga title; two Champions League finals; two Europa League triumphs - the last 12 months were bumpy.

Atletico went into the spring lockdown outside the top four, before scrambling up the table in June. They had the previous summer spent more than at any time in their history on new players with a promise to develop the trademark, rugged, counter-attacking style into something more fluent.

That objective has not yet been reached. Simeone may be delighted with Suarez, his bargain buy from a direct rival, but Suarez may have to wait far longer than he is used to for the ball to come to him.

These were the details of the news Lionel Messi fears a tearful Luis Suarez will cause more upset for Barcelona for this day. We hope that we have succeeded by giving you the full details and information. To follow all our news, you can subscribe to the alerts system or to one of our different systems to provide you with all that is new.