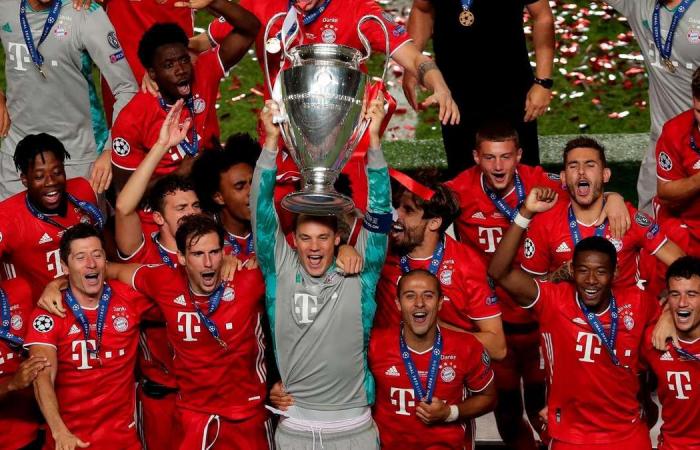 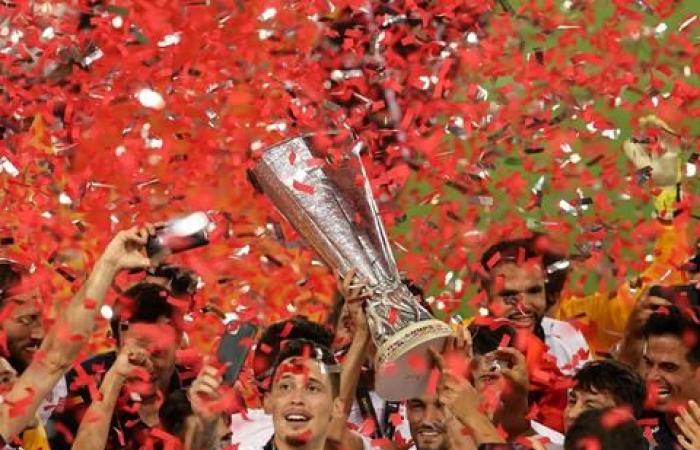 Thank you for your reading and interest in the news Bayern Munich v Sevilla: Uefa Super Cup dominated by concerns over allowing 20,000 fans inside stadium and now with details

Hind Al Soulia - Riyadh - European football’s traditional curtain-raiser goes to Budapest on Thursday amid concerns about how dramatically the Super Cup intends to draw back that curtain.

Uefa, organisers of the meeting between Bayern Munich and Sevilla, want the event to act as a bold statement of returning normality in a time of pandemic and have sanctioned tens of thousands of supporters in the Puskas Arena.

As countries across Europe, including Hungary, endure an alarming rise in cases of coronavirus infection, Uefa are accused of being too hasty in opening the gates of a stadium.

Last month’s concluding phases of the 2019-20 Champions League, won by Bayern, and the Europa League, won by Sevilla, were played entirely behind closed doors and all the games, from the quarter-final stage onwards, relocated.

The Super Cup has been switched, too, from Porto to Budapest, with the encouragement of the Hungarian government, who eagerly approved the decision to sell 20,000 tickets, which means one in every three seats in the arena could be occupied.

Porto had been the Super Cup’s designated venue until last month when, shortly after Lisbon had staged the last three rounds of the Champions League at short notice and without crowds, it was moved to Hungary. The mayor of Porto, Rui Moreira, has threatened legal action against Uefa, accusing the body of "disrespect and lies". “They broke an agreement,” said Moreira, “and they say it is because of the pandemic. I’m not aware there is no pandemic in Budapest.”

In Germany the Hungarian capital is regarded as enough of a coronavirus hotspot that Bayern fans have been advised to consider very carefully travelling there and back, and warned they must be tested for Covid-19 on their return or go into quarantine.

The head of Bavaria’s local government, Markus Soder, said: “I would ask that people think whether or not it is really necessary to go. The Super Cup is a terrific game, but it’s not the most important thing.”

The president of the German football federation, Fritz Keller, has announced he will not be attending a fixture that, in normal circumstances, the head of an FA whose champion club were taking part in would be present at. “We have to deal responsibility with the pandemic,” warned Keller.

Nor is Hansi Flick, the Bayern manager, a great enthusiast for the Budapest experiment. “It’s something I don’t completely understand,” said Flick. Hundreds of Bayern fans who had bought tickets are understood to have returned them, and fewer than 1,000 are expected to make the trip.

Sevilla’s numbers will likely be even smaller, with only an estimated 500 of the 3,000 tickets allocated to each club expected to be used by fans travelling the longer distance from southern Spain.

As for the match itself, sevillistas might think there are other good reasons to avert their gaze from the match: at least eight of them. The last time Bayern met a Spanish team, Barcelona, they beat them 8-2. That was last month. The last time Flick’s Treble-winning Bayern took to the field, last Friday, opening their defence of their eight successive Bundesliga title, they beat Schalke 8-0.

“We’re coming up against the best club team in the world,” believes Julen Lopetegui, the manager who guided Sevilla past Manchester United in the semi-finals and beat Inter Milan in the final to clinch Sevilla’s sixth Europa League/Uefa Cup title. “But we will not throw in the towel, however much we admire and respect Bayern.”

Lopetegui has one or two selection dilemmas, notably around the Morocco internationals, goalkeeper Yassine Bounou and striker Youssef En-Nesyri. Bounou replaced the injured Tomas Vaclik for the later stages of the Europa League run and performed superbly.

Vaclik is now fit to challenge for the gloves again, although the heroics of Bounou, who saved a penalty in the quarter-final against Wolverhampton Wanderers and made a string of outstanding saves against United, give him a strong case to continue.

En-Nesyri, in the starting XI through the knockout rounds, was eclipsed by Luuk de Jong in the final, the Dutchman scoring twice in the 3-2 win over Inter, having been picked ahead of En-Nesyri.

Ivan Rakitic should make the first competitive start of his second spell with Sevilla, the Croatian midfielder having rejoined the club in the summer from Barcelona.

He watched from the substitutes' bench as Bayern humiliated Barca in Lisbon. Rakitic used to play for Schalke, too. He will be under no illusions about the power of the Bayern juggernaut.

These were the details of the news Bayern Munich v Sevilla: Uefa Super Cup dominated by concerns over allowing 20,000 fans inside stadium for this day. We hope that we have succeeded by giving you the full details and information. To follow all our news, you can subscribe to the alerts system or to one of our different systems to provide you with all that is new.