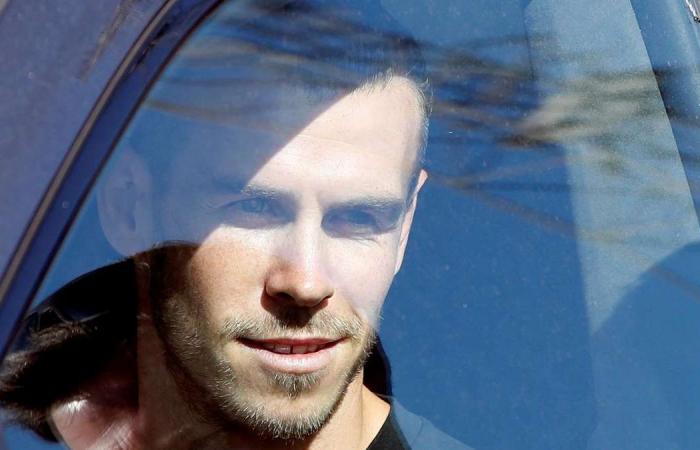 Thank you for your reading and interest in the news Gareth Bale's 'un-Real' move from Madrid to Tottenham, Liverpool turn a new page - best of the week and now with details

Hind Al Soulia - Riyadh - Now that the Lionel Messi saga has quietened down, the football world's attention has instead turned to Gareth Bale after his sensational loan deal to former club Tottenham Hotspur was sealed.

And he hasn't been the only big signing in the past week, after Liverpool brought in Thiago from Bayern Munich, and Leicester City were busy in the transfer market too.

Here's the best of the social media scene:

The traditional media and social media have been awash with coverage of the transfer of the season - and it's great to see Gareth Bale smiling again and set to actually play some football (once he recovers from injury).

Amid the deluge of interviews, posts and reports was this one word summation from the man himself. But was there more than immediately meets the eye with his choice of wordage?

With all this positivity around his move from Madrid, the joy was certainly very 'un-Real' after his disappointment and frustration of the past year or so.

More from the overload of Bale content, and this time a nice wrap of the Welshman's career at the Bernabeu.

We know the Tottenham chairman is a canny operator, and Bale is of course a huge golf fan, but this is probably taking things a bit far.

Still, he'll have no shortage of top-class courses to hone his skills on now he's back in the UK.

Who says football in the lower leagues lacks excitement?

I mean, when do you ever see this in La Liga or the Premier League?

Those who haven't followed the wacky world of WWE wrestling during the past few decades will be somewhat lost on this one.

So, to explain, Leicester City have signed Cengiz Under from AS Roma. They came up with the hashtag #UnderTaken. The hat etc in the image above comes from the wrestling legend The Undertaker and was posted before the official announcement as a clue.

Nicely done - unless you know nothing about wrestling.

Liverpool defender Andrew Robertson has released a new book - and he's been getting a helping hand from Liverpool teammate Trent Alexander-Arnold when it comes to sales.

But Robertson has also been on the end of some banter...

More Best of the Week:

These were the details of the news Gareth Bale's 'un-Real' move from Madrid to Tottenham, Liverpool turn a new page - best of the week for this day. We hope that we have succeeded by giving you the full details and information. To follow all our news, you can subscribe to the alerts system or to one of our different systems to provide you with all that is new.