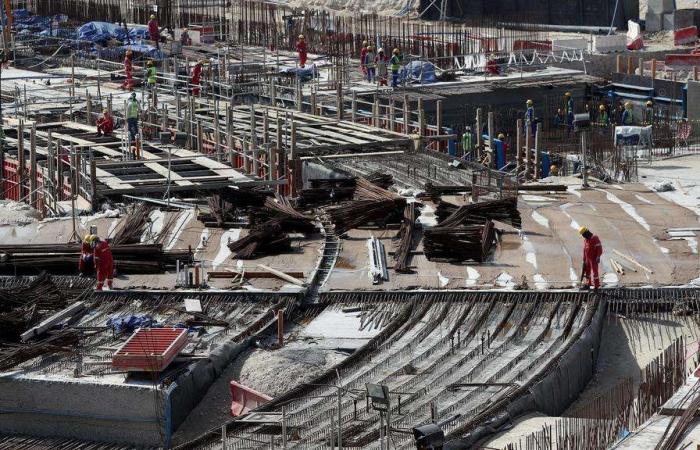 Hind Al Soulia - Riyadh - One of the first regional sponsorship deals for the next World Cup has been agreed by Fifa with a Qatari firm.

GWC will be a third-tier “regional” sponsor in the new category of logistics provider, Fifa said in a statement.

As part of the role it will be the key operational supplier of logistics solutions for the Fifa World Cup Qatar 2022.

The same firm was also named as a the National Supporter and Official Logistics Provider for Fifa’s Club World Cup last December.

The value of a single-tournament deal for the 2022 edition in Qatar was not disclosed.

However, in the previous four-year commercial cycle, tied to the 2018 World Cup in Russia, Fifa banked more than $150 million in total from third-tier sponsors.

A further $80 million was booked as “value-in-kind” for services received from sponsors.

“Today marks a landmark achievement in the history of GWC as we are entrusted to deliver the logistical requirements for the Fifa World Cup 2022, and today we become a trusted player in the journey towards 2022, proudly doing our part in actualising another milestone of Qatar’s vision,” he said.

“We enter this agreement with confidence that we will showcase the world-class sporting and logistics infrastructure that Qatar has developed over the years, while embodying the values of sportsmanship and encouraging active engagement of football enthusiasts and wider audiences.”

It becomes Fifa’s 10th 2022 World Cup sponsor and first in the third-tier category.

“Logistics are critical to an event as large and complex as the Fifa World Cup, so having GWC on board as a regional supporter and the official logistics provider for the tournament will provide Fifa and its commercial affiliates with crucial support and expertise in logistics and supply chain management, which will ensure a smooth and efficient delivery of the competition,” Fifa’s Chief Commercial Officer Simon Thomas said.

Fifa has sold 20 of the 34 available sponsor slots in its 2018 World Cup commercial plan.

Each of Fifa’s new World Cup sponsors since the 2014 tournament in Brazil has been from China, Qatar or Russia except for one tourism promotion deal with Egypt’s government.

It has forecast the coronavirus pandemic will cause a $120 million drop in income to $6.44 billion over four years.

The announcement comes as prosecutors in the Fifa TV rights bribery scandal in Switzerland called for jail terms for those involved.

It is alleged Mr Valcke received exclusive use of a villa belonging to Mr Al Khelaifi in Sardinia for 18 months without having to pay a total rent of up to €1.8 million (Dh7.84m).

On Tuesday, prosecutors asked the federal court to give Mr Al Khelaifi a 28-month sentence and Mr Valcke three-years if convicted.

Both men deny the charges.

These were the details of the news Fifa signs World Cup sponsorship deal with Qatar firm amid bribery case for this day. We hope that we have succeeded by giving you the full details and information. To follow all our news, you can subscribe to the alerts system or to one of our different systems to provide you with all that is new.