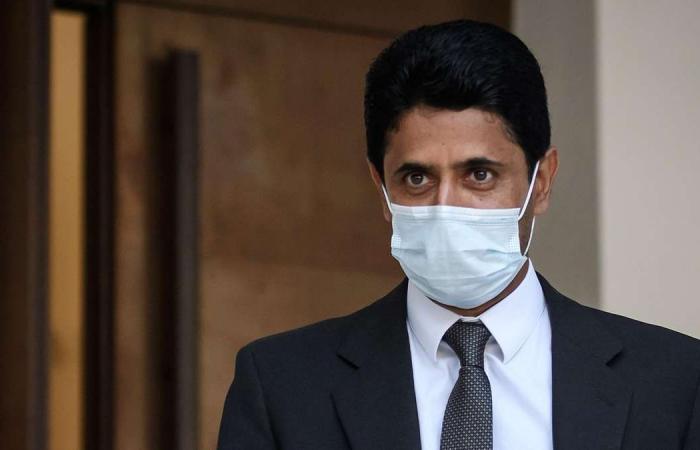 Both men are on trial in Switzerland over the awarding of television rights to future World Cups.

It is alleged Mr Valcke received exclusive use of a villa belonging to Mr Al Khelaifi in Sardinia for 18 months without having to pay a total rent of up to €1.8 million (Dh7.84m).

On Tuesday, prosecutors asked the federal court to give Mr Al Khelaifi a 28-month sentence and Mr Valcke three-years if convicted.

The trial over the awarding of World Cup television rights is moving into its final days.

The court has heard beIN Media Group was awarded TV rights without other tenders being sought for two World Cups.

Niclas Ericson, Fifa’s former television rights director, told the football corruption trial that broadcasting rights for 2026 and 2030 Middle East and North Africa cups were not put to tender before being awarded to beIN Media Group.

Mr Al Khelaifi, who is also president of French champions Paris Saint-Germain and sits on the executive committee of European football body Uefa, is accused of inciting Mr Valcke not to tell Fifa about favours he received from him to buy a €7 million-euro villa in Sardinia.

The issue is whether the 46-year-old, a former Davis Cup tennis player for Qatar, directly helped Mr Valcke to buy the villa and use it for free given that beIN Media was the sole bidder for the Middle Eastern media rights to the 2026 and 2030 World Cups.

In a separate case, Greek businessman Dinos Deris is accused of giving Mr Valcke more than $1.5 million (Dh5.51m) in bribes.

Mr Deris is charged with bribery for €1.25m (Dh5.42m) he allegedly paid Mr Valcke in exchange for favourable treatment of his bid for Greek and Italian media rights for 12 years of football tournaments.

The trial is the first in Switzerland to shed light on Mr Valcke and other senior FIFA officials striking deals for media rights to football tournaments around the world that earn Fifa hundreds of millions of dollars.

The men deny the charges and the trial continues.

These were the details of the news Prosecutors call for jail terms for Qatar's beIN chairman Nasser Al Khelaifi and ex-Fifa exec in bribe trial for this day. We hope that we have succeeded by giving you the full details and information. To follow all our news, you can subscribe to the alerts system or to one of our different systems to provide you with all that is new.