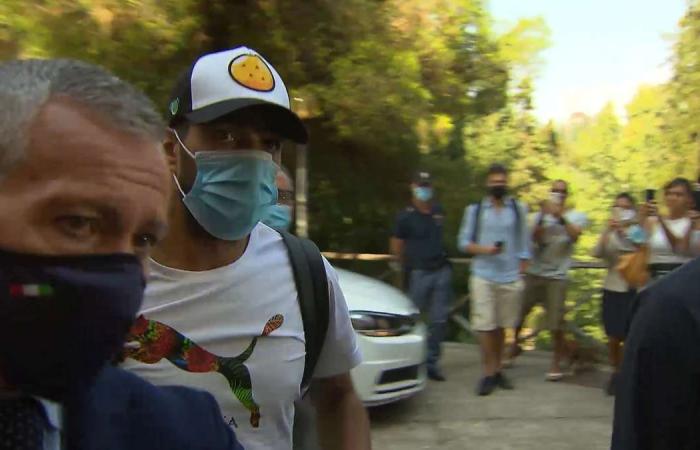 Thank you for your reading and interest in the news 'He will pass, you can't make him fail': Luis Suarez suspected of cheating on Italian exam and now with details

Hind Al Soulia - Riyadh - Barcelona forward Luis Suarez is being investigated on suspicion of cheating to pass his Italian language test with the help of his teachers by prosecutors in Perugia.

The Italian exam was a first step required in order to receive a passport ahead of a potential transfer to Juventus, a move which has since been abandoned.

"The investigation showed that the subjects discussed during the exam were agreed beforehand with the candidate and that the grade was awarded to him even before the test," the prosecutor's department said in a statement.

Local prosecutor Raffaele Cantone, a former head of Italy's National Anti-Corruption Authority, had been carrying out an investigation since February into University for Foreigners officials over various irregularities. Suspicions over Suarez were aroused by an overheard conversation.

"But what do you think, that we're going to fail him? Today I have the last lesson [with Suarez] and I have to prepare it because he barely speaks a word" of Italian, Stefania Spina, one of the people targeted by the investigation, is claimed to have said, according to prosecution documents cited by Italian media.

Asked by a colleague what level Suarez "should pass" in Italian, Spina reportedly replied: "He should not, he must, he will pass, because with a salary of €10 million per season, you can't make him fail" his exam, "even if he doesn't know how to conjugate verbs and speak in the infinitive."

New Juventus coach Andrea Pirlo signaled last week that the Italian champions were unlikely to press ahead with a move for Suarez, citing delays in the Uruguayan's bid to get an Italian passport.

The Italian champions cannot recruit Suarez otherwise because they have already reached their quota for non-EU players.

Reports on Monday said that Suarez, 33, has torn up his Barca contract and agreed terms with rival Spanish club Atletico Madrid.

Mundo Deportivo reported that Suarez, third on the list of Barca's all-time scorers, was told he was "not wanted" by new manager Ronald Koeman and has been looking for a new club.

These were the details of the news 'He will pass, you can't make him fail': Luis Suarez suspected of cheating on Italian exam for this day. We hope that we have succeeded by giving you the full details and information. To follow all our news, you can subscribe to the alerts system or to one of our different systems to provide you with all that is new.