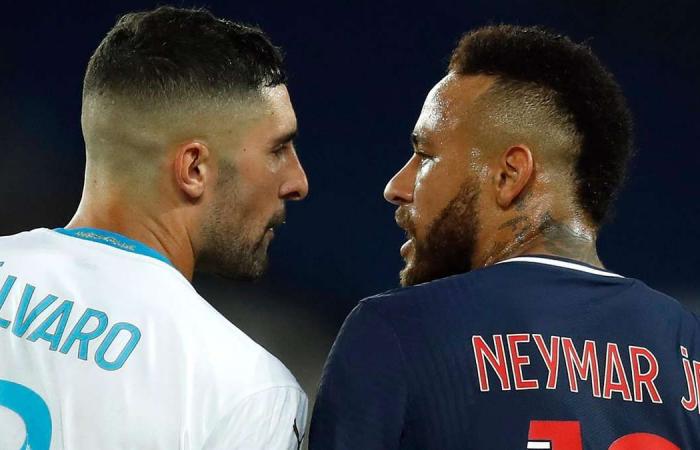 Marseille's Alvaro Gonzalez after the clash with Neymar, right. EPA

PSG and Marseille players clash near the end of the French League One match. AP

Paris Saint-Germain and Marseille players scuffle at the end of the match. AFP

Neymar walks off the pitch after being sent off. AFP

PSG's Neymar argues with the fourth official as he leaves the pitch. AP

These were the details of the news Neymar handed two-match ban as Ligue 1 opens racism investigation after PSG-Marseille brawl for this day. We hope that we have succeeded by giving you the full details and information. To follow all our news, you can subscribe to the alerts system or to one of our different systems to provide you with all that is new.