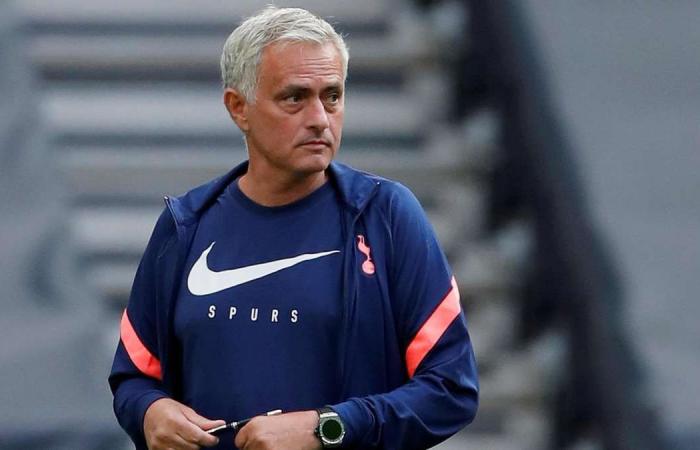 Hind Al Soulia - Riyadh - TOTTENHAM HOTSPUR 2019/20 RATINGS: MANAGERS: Mauricio Pochettino - 4: Still beloved by Tottenham supporters, despite the troubled start to the campaign that cost him his job in November. And the feeling seems mutual, given he was pictured in Spurs leisurewear when his son signed a pro deal at the club late in the season. Getty

Jose Mourinho – 6: Judged by his celebration at winning a point at Crystal Palace to secure sixth place on the final day, he regarded his start at Spurs a success. Few fans seem to fancy the football his side play, though, and they flounced out of the cups on his watch. Reuters

GOALKEEPERS: Hugo Lloris – 6: His excellence after lockdown papered over a chequered season before it, which included some significant errors and a nasty dislocated shoulder injury. EPA

Paulo Gazzaniga – 6: The Argentine proved himself the ideal No 2 behind Lloris as he played nearly as many games as the club captain – appearing in 25 matches compared to 27 for Lloris. Getty

DEFENDERS: Danny Rose – 5: It has felt as though the England left-back had wanted out of Tottenham for years. He spied his chance when Mourinho arrived, and headed the Newcastle United on loan. Reuters

Toby Alderweireld – 7: More appearances than any other Spurs player. He had to get used to a new set up at the back, as his long term partner for club and country Jan Vertonghen started to be phased out. PA

Jan Vertonghen – 5: One of Tottenham’s most important players in the Premier League era signed off in ignominious style. His absence from the squad on the opening day foreshadowed a problematic campaign, but he will leave with the best wishes of Spurs fans. PA

Davinson Sanchez – 6: Not exactly the reassuring presence of peak Vertonghen, but he at least earned the backing of Mourinho – who had once targeted Sanchez as a weak link in the Ajax side when he was in charge of Manchester United. PA

Eric Dier – 6: All’s well that ends well. He has a new contract, a fixed position at centre-back, and the faith of the manager. But the season was turbulent, what with being subbed after 29 minutes of Mourinho’s first home game, as well as a four-match ban for wading into the crowd. AP

Kyle Walker-Peters – 5: Enjoyed some fine displays after lockdown. By that point, though, Mourinho had jettisoned the young right-back out on loan to Southampton. Reuters

Juan Foyth – 4: Once seen as potentially being the future at centre back – or even right back – for Tottenham, but he stalled this year with just four appearances, and with the departure of compatriot Pochettino as manager. AFP

Serge Aurier – 6: Extraordinary that his best form arrived when he was grieving his brother. That show of character apart, his campaign was typified by loose defence and was riddled with mistakes. AFP

Ben Davies – 6: Clearly well liked by Mourinho. The Welshman was installed in the line up as soon as he was fit, and Rose was summarily let go to Newcastle. Solid enough, but lacks the dynamism of Rose in his pomp. AFP

Japhet Tanganga – 7: The local lad immediately won a place in the fans hearts when he was thrown in for his first Premier League start against a rampant Liverpool side, and did a fine job marking Sadio Mane. Reuters

MIDFIELDERS: Harry Winks – 7: The midfielder’s progress has been stunted in the past by injuries, but he played in 41 games this time around and had established himself as a fixture in Mourinho’s first-choice starting XI by the end of the term. EPA

Moussa Sissoko – 7: A player who has turned his reputation around entirely. Once unfancied by the majority of Spurs fans, they were counting down the days until he returned from injury this season. Getty

Giovani Lo Celso – 8: A difficult campaign at Tottenham has had one clear and obvious silver lining: the arrival of an Argentine schemer of class and style. He could be the rock on which Spurs’ immediate future in built. AP

Erik Lamela – 7: Not always a guaranteed starter, but Lamela might be the face of a nastier Spurs under Mourinho. No player made more fouls after the season resumed that the Argentine. EPA

Ryan Sessegnon – 4: Big things were expected of the left-sided player after his big-money move from Fulham last summer. He failed to force his way in to the starting line up, though, and appeared a timid presence when he did play. Getty

Dele Alli – 6: Mourinho breathed some life back into Alli after goading him by saying he thought his brother had been playing instead of him. The revival was brief, but he did at least manage nine goals across the course of the season. Reuters

Christian Eriksen – 4: The wantaway star undermined the start of Tottenham’s campaign, and the end of the Pochettino-era. His mind was clearly elsewhere, so Pochettino could hardly pick him – but the side could not yet cope without him, either. Left for Inter Milan in January. Reuters

Steven Bergwijn – 8: His arrival provided a rare source of optimism in what was a bleak midwinter for Tottenham. He sparkled immediately, scoring a fine goal in a man of the match display on debut against Manchester City. AP

Lucas Moura – 7: Seven goals, and he has moved past the role of impact-sub that seemed to have been earmarked for him to become a pillar of Mourinho’s team. AP

Tanguy Ndombele – 3: It all started so well, with a goal and a powerhouse display against Aston Villa on the opening day. What followed was a tale of woe. Too often unfit, and the subject of public criticism from a manager he didn’t sign for. AFP

Oliver Skipp – 5: No clear progression towards a place in the side, with just three starts and eight substitute appearances. But being a squad player might be just what he and the club require for now. PA

Gedson Fernandes – 4: His stats at Benfica did not exactly scream “potential superstar” but his arrival was welcomed at a time when morale was low. That said, he did not manage a start in the league, and missed a penalty that cost Spurs their place in the FA Cup. AFP

ATTACKERS: Son Heung-min – 9: Swept the board in Tottenham’s various player of the season awards, having accrued 18 goals and 12 assists across all competitions. And all that despite picking up one red card, a fractured arm, and completing his military service in South Korea during lockdown. PA

Harry Kane – 8: Takes ages to get match sharp after injuries. Can’t play in a Jose Mourinho team. And he was only ever a one-season wonder, anyway. Really? A haul of 24 goals in 34 games across all competitions suggests a slightly more nuanced take on the story. Reuters

These were the details of the news Jose Mourinho expects to sign a striker as Tottenham manager hits out at 'non-human' schedule for this day. We hope that we have succeeded by giving you the full details and information. To follow all our news, you can subscribe to the alerts system or to one of our different systems to provide you with all that is new.