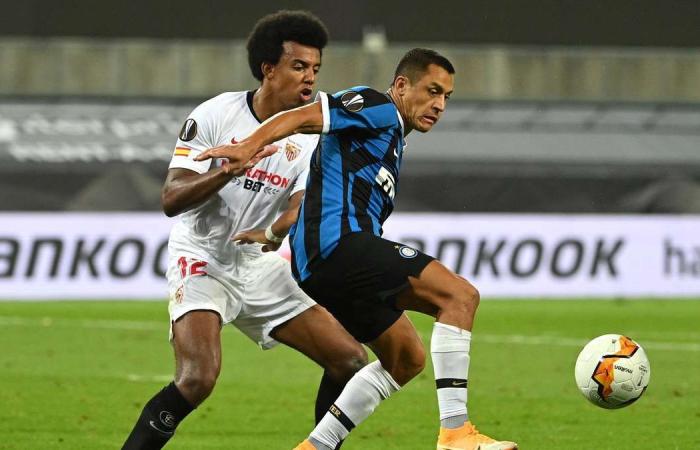 Hind Al Soulia - Riyadh - Alexis Sanchez has said he wanted to quit Manchester United and return to Arsenal after his first training session as the Chilean forward opened up on his troubled time at Old Trafford.

Sanchez joined United in January 2018 as part of a swap deal that saw Armenian midfielder Henrikh Mkhitaryan move to Arsenal. He became far and away the club's highest paid player after signing a four-and-a-half-year deal worth a reported £500,000 (Dh2.44m)-a-week.

A transfer that was meant to help guide United back into Premier League title challengers soon turned disastrous as Sanchez failed to capture the form that made him arguably the best player in English football.

After one-and-a-half seasons, 45 appearances and just five goals, Sanchez joined Inter Milan on loan for the 2019/20 campaign before joining the Italians on a permanent basis last month.

Now in an Instagram video, Sanchez has offered some insight from his time at United and despite recently claiming he does not regret joining the club, his recent revelations suggest otherwise.

"I got the opportunity to go to United and it seemed tempting to me. It was something nice for me, because when I was a kid I liked that club a lot," the 31-year-old forward said.

"I ended up signing without much information about what was happening in the move. The first days that I was with my colleagues, sometimes there are things that you do not realise until you arrive.

"The first training I had I realised many things. I got home and I told my representative: 'Can't the contract be terminated to return to Arsenal?'

"They start laughing and I told them that something did not sit right with me. It had already been signed."

Sanchez went on to discuss the time we was left out of United's matchday squad for a home game against West Ham by then manager Jose Mourinho.

"To go from being one of the best in the Premier League to not playing in five months. I came to my house and I was very sad," he said. "The next day I trained in a double shift, because I love what I do."

That match proved to be Mourinho's last in charge, with Ole Gunnar Solskjaer appointed in December 2018, and Sanchez took the chance to ask the new manager to leave.

"I told him that I needed to take a breather, and the opportunity to go to Inter. He told me that yes, there was no problem," he said.

These were the details of the news Alexis Sanchez wanted to leave Manchester United and return to Arsenal after first training session for this day. We hope that we have succeeded by giving you the full details and information. To follow all our news, you can subscribe to the alerts system or to one of our different systems to provide you with all that is new.