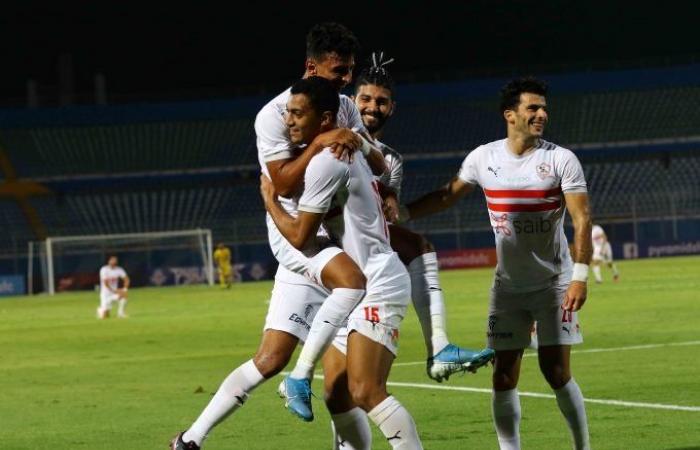 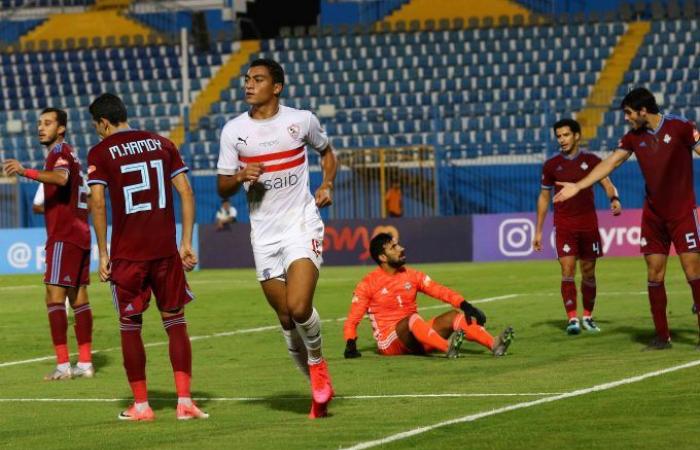 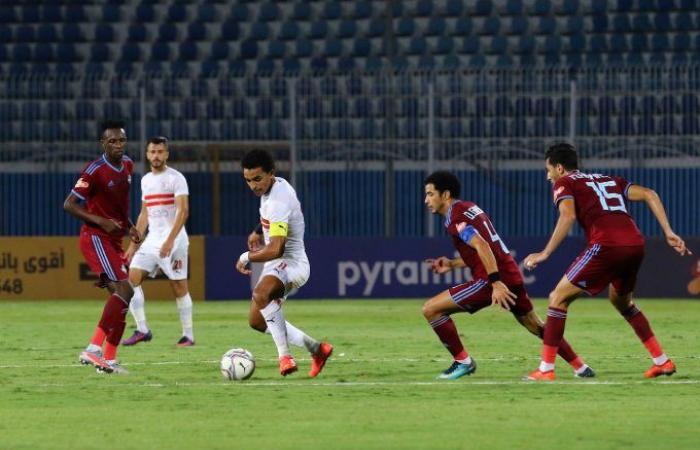 Dubai - Yasmine El Tohamy - Zamalek have cemented their position as the second-placed team in the Egyptian Premier League after beating Pyramids FC 2-0 in game-week 24.

Just three minutes into the game, Zamalek got the opportunity to open the scoring. Ahmed Sayed Zizo played superb though ball to Mostafa Mohamed who managed to chip Al Mahdy Soliman but Ali Gabr heroically cleared it before it went over the line.

Pyramids got their first clear cut chance of the game when Ali Gabr played a long ball behind the Zamalek defense, putting Eric Traore in a one on one situation but his shot was saved by Mohamed Abogabal.

In the 37th minute, Zamalek were given a freekick just outside the penalty area and despite Ferjani Sassi’s precise execution Al Mahdy Soliman managed to parry it.

Four minutes later, Zizo made yet another sublime through pass, this time to Achraf Bencharki, whose low cross was poorly stopped by Soliman.

Mostafa Mohamed, using his great attacking instincts, was able to make the most of the loose ball and opened the scoring.

Moments before the half-time whistle, Mohamed Ounajem’s powerful shot inside the penalty was saved by the Pyramids goalkeeper, followed by Bencharki’s opportunity to double the lead but he was denied by the crossbar.

13 minutes into the second-half, Ibrahim Adel nearly put the scores back level but his shot hit the far post.

After consulting the Video Assistant Referee (VAR) the referee awarded Pyramids a penalty in the 78th minute, which Mohamed Farouk put off target denying his side the opportunity to equalize.

Zamalek doubled the scoring in the 82nd minute when Youssef Obama played the ball to Kabongo who took the ball from the halfway line and dribbled past Soliman to put the ball into the back of the net.

In the 89th minute, former Zamalek defender Ali Gabr met Tarek Taha’s cross with a powerful header inside the 18-yard box but Abogabal came to the rescue yet again.

Zamalek now sit second on the league table with 48 points, three ahead of Pyramids who occupy the third position. The Whites will face Tala’a El-Geish in their next encounter on September 6th.

Meanwhile, Pyramids will visit 13th-placed El-Gouna on the same date.

These were the details of the news Zamalek beat Pyramids FC to climb up league table for this day. We hope that we have succeeded by giving you the full details and information. To follow all our news, you can subscribe to the alerts system or to one of our different systems to provide you with all that is new.