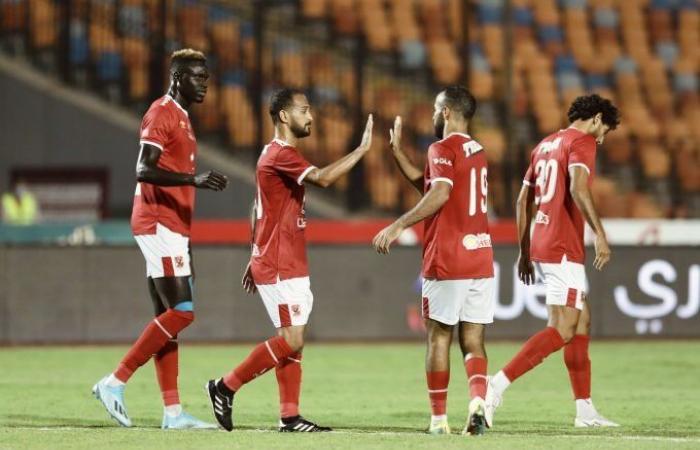 Al Ahly have announced their 21-man squad set to face El-Gouna in game-week 22 of the Egyptian Premier League.

Al Ahly were handed their first domestic defeat of the season when they lost 3-1 against arch rivals Zamalek and would hope to return to winning ways when they host El-Gouna.

Mohamed Hany didn’t make the squad after he exceeded the allowed amount of bookings, while Walid Soliman was left-out after suffering a minor chest injury he sustained during the Cairo Derby.

Meanwhile, Ahmed El-Sheikh made his return after recovering from his injury.

Al Ahly’ still top the Egyptian Premier League table with 56 points, 14 ahead of their closest rivals.

These were the details of the news Al Ahly announce squad for El Gouna clash for this day. We hope that we have succeeded by giving you the full details and information. To follow all our news, you can subscribe to the alerts system or to one of our different systems to provide you with all that is new.