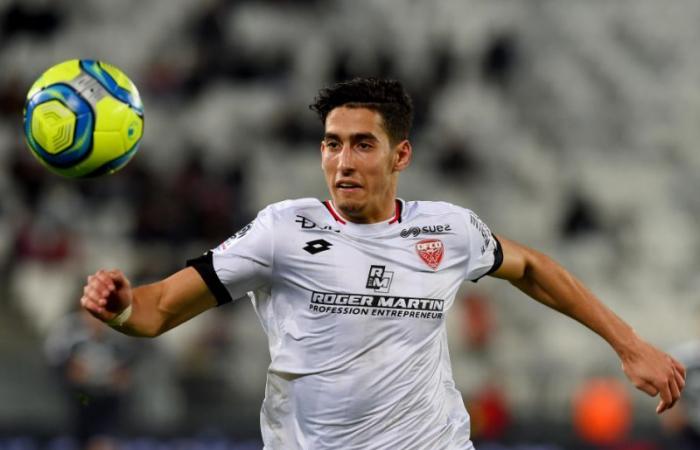 Jeddah - Yasmine El Tohamy - LONDON: Paris Saint-Germain may still be recovering from their UEFA Champions League final loss to Bayern Munich on Sunday, but attention has already turned to domestic concerns as the new French Ligue Un season gets underway.

A number of Arab internationals will be doing their utmost to prevent Neymar, Mbappe and company from continuing their dominance and celebrating an eighth title in just nine seasons.

While we have seen Saudi stars in Spain and Egyptians in England, of the big European leagues, France has the most stars from the Arab world with most of the league’s 20 teams having at least one Moroccan, Algerian or Tunisian in their ranks.

Stade Rennais FC finished third in the 2019-20 season, which was cut short by the pandemic, and are turning to Arab talent in a bid to go two better.

One new signing who may have a say in this year’s title race is defender Nayef Aguerd. The “Moroccan Wall” joined the Brittany team in mid-August from fellow French club Dijon.

“It is the club I needed to take a step forward. I was able to discuss with head coach Julien Stephan before my arrival. I was seduced through the sports project.”

The sports project is not all that is attractive. While PSG are nursing Champions League heartbreak, there is excitement at Rennes as the team prepare for a first appearance in the continental tournament.

“I can’t wait to meet the group, to be able to train with my teammates and, of course, to discover the Champions League,” Aguerd added.

There looks like being more to come. Rennes are also close to the signing of Algerian ace Islam Slimani for about €8 million. The forward spent last season on loan from Leicester City to AS Monaco and in 18 league games scored nine goals and recorded eight assists, the second highest in the league.

Despite such returns, the former Sporting Lisbon star was unable to agree a permanent transfer with the eight-time champions. Leicester, however, are looking to offload Slimani, who struggled to settle in the English Premier League from 2016 to 2018.

The Foxes’ loss would be a significant gain for Rennes, who may have finished third, but need to be more prolific in front of goal to challenge PSG, who scored 75 goals — 37 more than Rennes. Slimani would add a cutting edge to a solid-looking side.

While the Algerian attacker is likely to be banging in the goals in the west of France, Algerian goalkeeper Alexandre Oukidja will be keeping them out in the east for FC Metz. He kept eight clean sheets last season, impressive for a team that finished not far clear of the relegation zone.

This campaign could be better for Metz. Algerian attacking midfielder Farid Boulaya has been in impressive form in pre-season with some spectacular goals, as has Tunisian defender Dylan Bronn, who joined Metz earlier this year from Belgian team Gent.

“We are looking forward to starting again, it’s been a long time,” Bronn said. “We don’t know what is going to happen, but it will be great just to get back on the pitch.”

Montpellier had also been looking forward to improving on their top-half finish last season, but this season’s start has been hampered after Algerian striker Andy Delort announced on Aug. 19 that he was heading into isolation.

“I tested positive for coronavirus,” the 28-year-old said. “I will come back as soon as possible. I’m fine. Take care of yourself and your loved ones.”

Not all Arab internationals are looking forward to the new season in France. Wahbi Khazri has been in the country for 12 years except for a two-year spell in England with Sunderland.

Now, the experienced Tunisian international is set to leave Saint-Etienne — who finished last season just three points clear of the relegation zone — for Turkish giants Trabzonspor. Despite his six goals from midfield, the 29-year-old is not in the plans of coach Claude Puel.

Overall, however, there are going to be millions of Arab football fans watching how their compatriots fare in the coming weeks and months and whether they can help stop Paris Saint-Germain and their galaxy of stars drowning European sorrow with domestic success.

These were the details of the news Arab stars set to shine as French league returns for this day. We hope that we have succeeded by giving you the full details and information. To follow all our news, you can subscribe to the alerts system or to one of our different systems to provide you with all that is new.