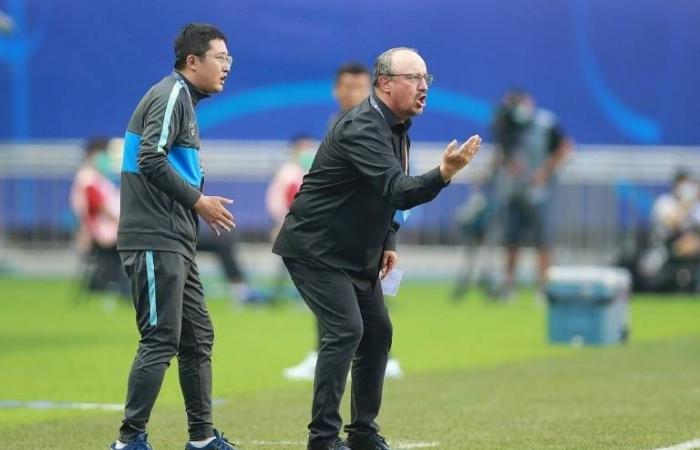 Aden - Yasmine El Tohamy - Rafael Benitez suffered another defeat in the Chinese Super League on Thursday to leave his Dalian Pro side bottom of their group and without a win this season in six games.

The former Real Madrid and Liverpool coach is under growing pressure after Dalian lost 3-2 to Shenzhen FC behind closed doors.
Former Napoli skipper Marek Hamsik and ex-Premier League striker Salomon Rondon scored in the second half as Dalian fought back from 2-0 down.

But Cameroonian forward John Mary slotted in a 74th-minute penalty for Shenzhen, who last week sacked AC Milan legend Roberto Donadoni as their coach.
Benitez had to drag an angry Rondon off the pitch at the final whistle after the giant Venezuelan was involved in a clash with the Shenzhen players.

Donadoni will be replaced by Jordi Cruyff, son of Dutch legend Johan, but the former Manchester United and Barcelona midfielder is yet to join up with Shenzhen.

Spaniard Benitez, who took Liverpool to the 2005 Champions League title, has seen his Dalian side draw twice and lose four times since the coronavirus-delayed CSL kicked off last month.
As part of the revamped season to thwart the virus, all matches are being played in either Suzhou or Dalian with the 16 teams split into two groups of eight.

In the Dalian-area group, Dalian Pro are bottom and their next match is against Fabio Cannavaro's reigning champions Guangzhou Evergrande - who are top.
All matches have been played without spectators so far because of the coronavirus but 1,000 fans will be allowed in for the first time this season on Saturday.

These were the details of the news Benitez loses again in China as pressure grows for this day. We hope that we have succeeded by giving you the full details and information. To follow all our news, you can subscribe to the alerts system or to one of our different systems to provide you with all that is new.