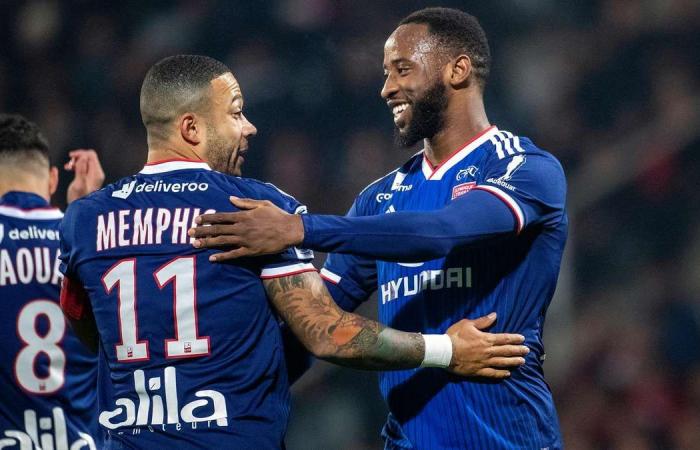 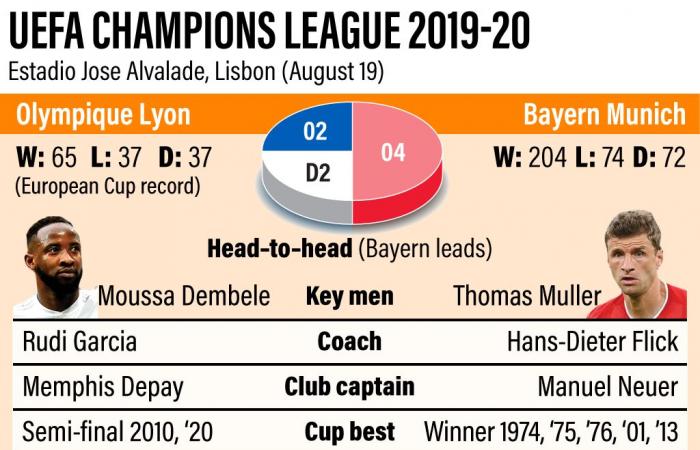 Hind Al Soulia - Riyadh - Cup finals come round frequently when you’re a big, precocious fish in a small pond. Memphis Depay was only a little way past his 19th birthday by the time he had appeared in two Dutch Cup finals and a Johan Cruyff Shield, Holland’s version of the Super Cup.

Moussa Dembele, tipped to partner Memphis in an Olympique Lyonnais attack that on Wednesday night aims for a place in the Champions League final, was the talk of an FA Youth Cup final, when, aged 17, he scored his second goal of the tie against a celebrated Chelsea side to put Fulham 4-2 ahead.

In those days, a fast-track to a glittering future was confidently forecast for Memphis, as the Dutch winger prefers to be known, and for Dembele.

Their journeys have since zig-zagged. Memphis’s detoured to Manchester United, and the club’s famous No 7 jersey. By the time he left United he had become a sort of fable of too much expectation and not enough growing up.

Behind the scenes, the story was a little more complex, but when Memphis looks back on how far he has come since United decided he was not a good fit, he can reflect on two poignant semi-final scenarios. His role in taking Lyon to Wednesday’s semi against Bayern Munich has been crucial; three years ago, he was obliged to watch the semi from the bench and the final from the Wembley grandstand as United clinched their one trophy, the FA Cup of his first season there. He had been sold to Lyon by the beginning of the following year.

As for Dembele, he came off the Lyon bench last Saturday, and scored the two goals that sent Manchester City crashing out of the Champions League, 3-1, steering a club who were seventh best in Ligue 1 when it was curtailed in March into the last four of Europe’s principal club competition.

Dembele has come a long way since being relegated with Fulham a matter of weeks after he made his Premier League debut, in 2014.

Memphis and Moussa, 26 and 24 respectively, both know how a muttered scepticism tends to trail young achievers in so-called lesser leagues.

In the case of Dembele, who left the youth ranks of Paris-Saint-Germain for London at 16, his launchpads were the English Championship and then the Scottish Premier League, after he joined Celtic. Memphis first dazzled at PSV Eindhoven in an Eredivisie where, if you play for one of the big Dutch clubs, the cynics suggest, the dazzle comes cheap.

As he reflected in his autobiography, Heart of a Lion, the jump from Dutch football, aged 21, to the United shirt that used to belong to George Best, Eric Cantona and Cristiano Ronaldo was a big leap. “The Premier League is in no way comparable to the Dutch Eredivisie. The pace is faster, the players are much better and that takes getting used to.”

Memphis had 18 months trying to get used to it, 53 United appearances, and a scant seven goals, before identifying Lyon as the club to rebuild his reputation at. “I lost myself in Manchester,” he wrote. “What I showed at United didn’t even come close to what I’m capable of.” At Lyon, his employer for three and half years now, he has risen to club captain.

Dembele meanwhile is the club’s leading scorer this season, and contributed important goals after Memphis ruptured his cruciate ligament in December, an injury he had thought, until the coronavirus shutdown, would rule him out of the rest of the campaign.

Allied, Memphis and Moussa ought to be an effectively complement, the Dutchman quick, slick and, in this edition of the Champions League, a reliable finisher - he had scored in every European match he had played until Saturday against City - while Dembele is a fine protector of the ball, strong with his back to goal, a generous No 9 to play off.

It’s a combination that has not yielded a cascade of goals although without Depay’s late equaliser in the group phase, tucked away after a flick-on from Dembele, Lyon would not have made the knockout stages, let alone their improbable semi-final.

And without Depay’s impudent 'Panenka' penalty at Juventus, in the last-16 tie that the underdogs won on away goals, Lyon's march to Lisbon would have ended abruptly.

Without Dembele’s coolly taken strikes against City, the underdogs would not have barked twice. The temptation for manager Rudi Garcia must be to pair his Champions League talismen from the start against Bayern.

These were the details of the news Memphis Depay and Moussa Dembele come of age to lead Lyon's unlikely Champions League march for this day. We hope that we have succeeded by giving you the full details and information. To follow all our news, you can subscribe to the alerts system or to one of our different systems to provide you with all that is new.