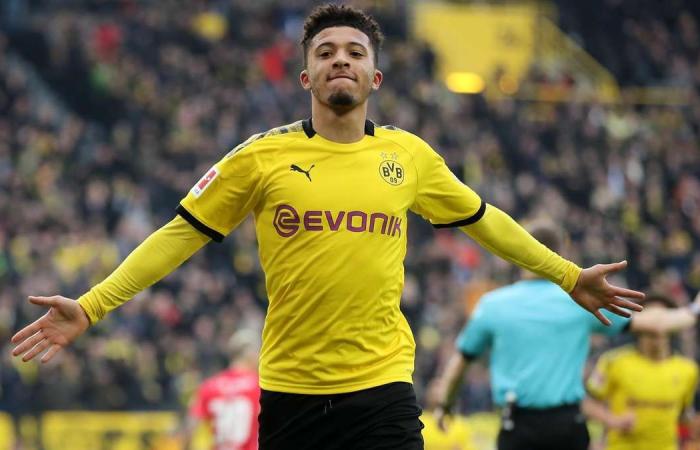 Thank you for your reading and interest in the news Jadon Sancho, Cristiano Ronaldo, Paul Pogba: 6 players Manchester United should sign, 6 who should leave this transfer window and now with details

Hind Al Soulia - Riyadh - IN: Seeing Cristiano Ronaldo in a Manchester red would be like the second coming for United fans. Juventus have reportedly offered the prolific Portuguese forward 'everywhere, even Barcelona' in an effort to trim their wage bill following another Champions League failure. At 35, Ronaldo's reported annual salary of €31 million (Dh135m) are beyond the reach of most clubs but one United may feel comfortable negotiating. His powers show no signs of waning, having become the first player to reach 50 or more goals in England, Spain and Italy with 37 goals - 31 of them in Serie A - this past season. Reuters

OUT: The notion that Bruno Fernandes and Paul Pogba formed a dream midfield pairing following the coronavirus-enforced shutdown is weighted more heavily for the Portuguese maestro's performances than the Frenchman's. The sense is that it's just not going to happen for the World Cup winner at Old Trafford. United could still command a sizable fee for Pogba's talents to strengthen other areas. Reuters

IN: Saul Niguez is a long-term target at Old Trafford, with the Daily Mail reporting this week that United are set to step up their interest in the the Atletico Madrid midfielder in this transfer window. The 25-year-old Spain international is under contract with Atleti until June 2026, but fits perfectly in manager Ole Gunnar Solskjaer's vision of a lean, box-to-box midfielder with his best years still ahead of him. AFP

OUT: Spanish playmaker Juan Mata has had mainly a watching brief under Solskjaer this term and that's unlikely to change with Fernandes now firmly established as creator-in-chief. AFP

IN: Jack Grealish was the most fouled player in the Premier League in 2019/20 but what is overlooked is that he created the most chances of any player bar Manchester City's Kevin de Bruyne. To do that in a struggling team like Aston Villa speaks wonders of the young English forward's talents. Imagine what he can conjure with better players surrounding him. Reuters

OUT: The fact Sergio Romero was left out of the Europa League semi-final - with David de Gea preferred in a competition almost exclusively the domain of the Argentine - coupled with Dean Henderson's return from Sheffield United on loan, could spell the end of the 33 year-old's time at Old Trafford. Getty Images

IN: Jadon Sancho has emerged as Solskjaer's primary target, according to reports in Britain and Germany, following a stellar season. The Borussia Dortmund winger scored 17 goals and supplied just as many as the club finished runners-up to perennial Bundesliga winners Bayern Munich. Sancho, 20, has earned his Spurs in Germany to emerge as one of Europe's hottest properties, though United are yet to meet Dortmund's €120 million (Dh519m) valuation. AP Photo

OUT: Marcos Rojo's days at United appear numbered after the versatile Argentine defender was loaned to Estudiantes in January. Well down the pecking order at both left-back and centre-back. Reuters

IN: Sergej Milinkovic-Savic is another to have enjoyed a standout season with his club, helping Lazio qualify for the Champions League with a fourth-place finish in Serie A. The silky Serb with an eye for goal represents an upgrade on several United midfielders. Reuters

OUT: Few have suffered a fall from grace quite like Jesse Lingard since the 2018 World Cup. Questions over the English midfielder's application and attitude have seen him overlooked by Solskjaer. Reuters

IN: Kalidou Koulibaly has been on the radar of Europe's top clubs for the past several seasons with no-one seemingly willing to take a punt on the tough-tackling Senegalese centre-back. Could be the perfect partner for captain Harry Maguire, though, with Napoli reportedly holding out for a fee of €60 million. EPA

OUT: Once compared by Fabio Capello to Franco Baresi and Fernando Hierro, Phil Jones, while his commitment is never in doubt, lacks the finesse to be mentioned in such exalted company. Made only eight appearances for United in 2019/20. AFP

These were the details of the news Jadon Sancho, Cristiano Ronaldo, Paul Pogba: 6 players Manchester United should sign, 6 who should leave this transfer window for this day. We hope that we have succeeded by giving you the full details and information. To follow all our news, you can subscribe to the alerts system or to one of our different systems to provide you with all that is new.