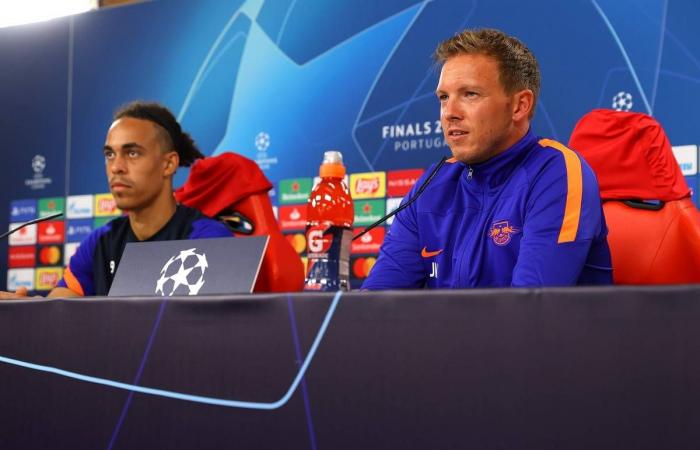 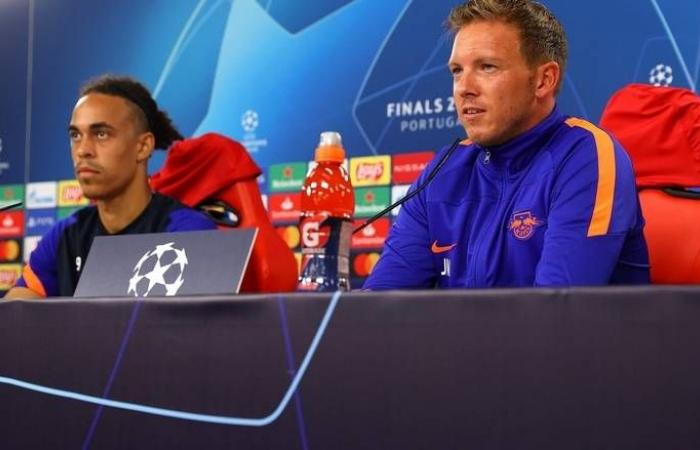 When Paris St Germain face RB Leipzig in their Champions League semifinal on Tuesday, it will mark a fascinating crossing of paths for two of Germany's brightest coaches.

It was PSG's Thomas Tuchel who handed Leipzig's Julian Nagelsmann the chance to move into coaching when his promising career as a central defender was ended by a series of injuries.

Nagelsmann has conceded that when he learned another knee injury was going to end his career, while playing for Augsburg's reserve team, he was ready to leave behind the game altogether, having given so much of his youth to a dream that was over.

But Tuchel had limited resources and, well aware that Nagelsmann was a particularly intelligent and inquisitive player, asked him to undertake some scouting and analysis of upcoming opponents.

"The decision was should I annul the contract or try to find something else, I got to the chance to scout to analyse the opposition. Thomas liked what I did actually and it was one of the first steps on the way path to becoming a head coach," he told a news conference on Monday.

"I could never imagine it would lead to a Champions League semifinal and playing against Thomas Tuchel," he said.

Nagelsmann studied sports science as well as getting his coaching qualifications and joining Hoffenheim's coaching staff and in 2016 the club made him the Bundesliga's youngest ever coach, giving him the top job at the age of 28.

He set about saving the club from relegation before a remarkable surge to fourth place the following season and qualification for the Champions League for the first time in the club's history.

He joined Leipzig last year and continued to impress with the way he organises his team and his ability to find weak spots in their opponents.

Tuchel, 46, says that while he could never predict the pair would meet up with a Champions League final spot at stake, it was clear from their Augsburg days that Nagelsmann had some of the qualities needed for coaching.

"He was an 'uncomfortable' player, he always wanted to know why we did this or that. His scouting reports showed that he was very attentive to the details," Tuchel said on Monday.

"In my life, I do not project towards the future so at the time I did not think that one day I would face up against him. But it is incredible to play a Champions League semifinal against Julian."

These were the details of the news Nagelsmann says semi meet-up with mentor Tuchel was unimaginable for this day. We hope that we have succeeded by giving you the full details and information. To follow all our news, you can subscribe to the alerts system or to one of our different systems to provide you with all that is new.