Neymar faces Leipzig and Red Bull, one of his own sponsors 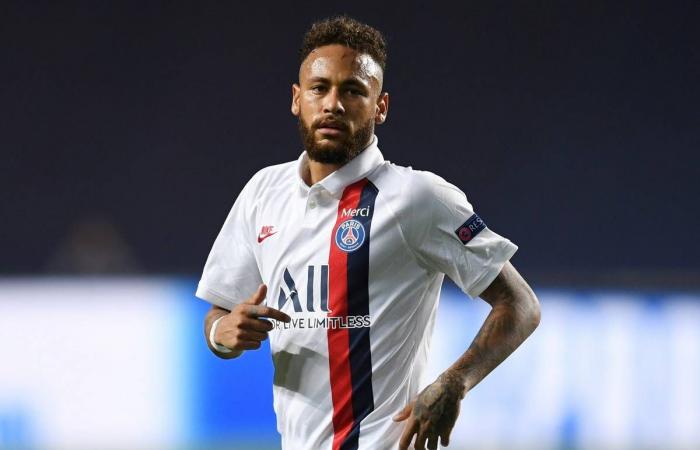 Thank you for reading the news about Neymar faces Leipzig and Red Bull, one of his own sponsors and now with the details

Both Neymar and Leipzig have strong links to the Red Bull energy drink company, which sponsors the Brazilian and is behind the creation of the Leipzig team just over a decade ago, with the club still unpopular among many fans in Germany.
Neymar, seeking his first Champions League title with PSG, has a longstanding relationship with Red Bull and is often promoted by the company.

Last week Red Bull was praising him for leading PSG to the semifinals of the European tournament after a last-gasp 2-1 win over Atalanta.
"What a game!" said one of Red Bull's accounts on Instagram. "Huge congratulations to (at)neymarjr and (hash)PSG who have booked their place in the (hash)UCL semi-final!"

Not long after that, Red Bull lauded Leipzig's quarterfinal win against Atletico Madrid to set up the last-four encounter between its player and its club.

Neymar has had a partnership with Red Bull since 2010, a year after Leipzig was founded in Germany.
He and his institute have been hosting a five-a-side soccer tournament organized by Red Bull for several years. A few months ago Neymar appeared on the company's Instagram account promoting the tournament and offering a training program to viewers. He was shown holding a Red Bull can and wearing a shirt with Red Bull's brand.

The Red Bull event actually created some problems for Neymar last year, when he couldn't report in time for PSG at the start of the season because of the tournament's schedule. PSG disputed Neymar's claim that he had told the club in advance about his plans. PSG eventually released a statement saying it would take "the appropriate measures" against Neymar.

It was also a Red Bull event in which Neymar, who also has Nike as a major sponsor, came under fire from PSG fans after saying one of his best memories in soccer was helping Barcelona rout PSG 6-1 in a Champions League game.

Leipzig was founded in 2009 after Red Bull co-founder Dietrich Mateschitz bought the license to a local fifth-tier team, SSV Markranstaedt. The Austrian billionaire rebranded the club and financed its steady promotion through the lower leagues. The Bundesliga was reached in 2016 and the Champions League a few years later.

The partnership with Red Bull has made the club unpopular in Germany, sparking protests from opposing fans at games. The founding members had links to Red Bull with no open process to become a member with voting rights, leaving ordinary fans with little say on how the club is run.

Leipzig didn't make it past the group stage in its Champions League debut in 2017-18, eventually reaching the quarterfinals of the Europa League. This season, its second in the top European club tournament, it made it to the knockout stage from a group that included Benfica, Lyon and Zenit St. Petersburg, then eliminated last season's runner-up Tottenham in the round of 16.

Leipzig has been the most successful Red Bull team but is not the only one taken over by the energy drink company. Others include Red Bull Salzburg in Austria, the New York Red Bulls in the U.S. and Red Bull Bragantino in Brazil.
A win against Neymar's PSG would leave Leipzig just one game away from lifting the European Cup.

These were the details of the news Neymar faces Leipzig and Red Bull, one of his own sponsors for this day. We hope that we have succeeded by giving you the full details and information. To follow all our news, you can subscribe to the alerts system or to one of our different systems to provide you with all that is new.