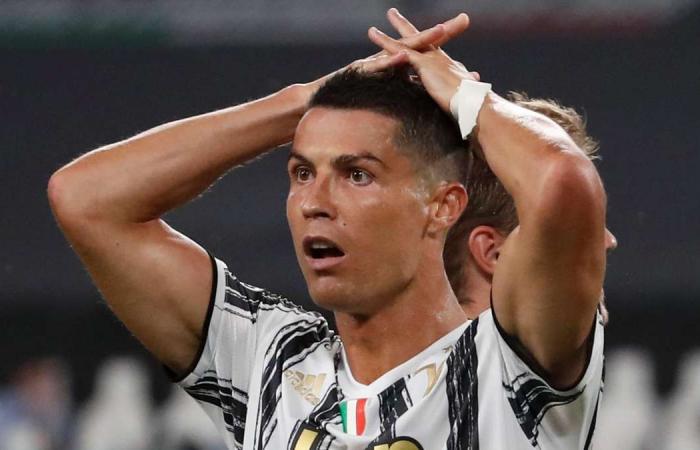 Thank you for your reading and interest in the news Cristiano Ronaldo 'offered everywhere, including Barcelona' as Juventus aim to get €31m annual salary off the books - reports and now with details

Hind Al Soulia - Riyadh - Cristiano Ronaldo could be set for a sensational exit from Juventus after it was claimed the Portuguese superstar's services have been offered to all of Europe's biggest clubs, including Barcelona.

Juventus are entering a new era following the appointment of Andrea Pirlo as the manager this week and are reportedly looking to reshape their squad for the future.

Ronaldo, 35, has two years remaining on his €31 million (Dh135m) per year contract and football journalist Guillem Balague has told the BBC that Juventus are keen to get the forward off the books.

"He's been offered everywhere, including Barcelona," Balague told 5 Live Sport. "I'm not sure if they can get rid of him easily with the kind of money he earns. Who is going to pay that kind of money?"

The prospect of Ronaldo linking up with Lionel Messi at Barcelona is one that is sure to excite football fans across the world, but the likelihood of it happening appears remote.

Like most clubs, Barcelona have been hit hard financially by the coronavirus pandemic and the club's president, Josep Maria Bartomeu, has already stated that large outlays on player transfers in unlikely.

French champions Paris Saint-Germain have also been linked with Ronaldo and are one of the few clubs that could feasibly afford his wages.

However, Balague insists that any speculation involving PSG and Ronaldo is more a result of agent Jorge Mendes drumming up interest in his client rather than a genuine desire from the club to sign the player.

"The reason why Cristiano Ronaldo has been linked with PSG, it's not so much because PSG are thinking of getting him, but because Jorge Mendes has been given instructions to actually find a team for Ronaldo," Balague said.

Balague, however, was quick to dismiss Ronaldo returning to Real Madrid, where he spent nine years and became the club's all-time leading goalscorer.

"We have seen this over the last months, we have seen links with Real Madrid. Madrid said 'no chance. He's not coming back,'" he said.

"There have been talks about MLS et cetera, because Juventus wants to get rid of that wage. It's as drastic as that."

As well as Ronaldo, Aaron Ramsey could also be shown the Juventus exit this summer. Ramsey joined the Italian champions from Arsenal last summer on a €275,000 per-week contract that still has three years left to run.

The Welsh midfielder was never a regular starter under Maurizio Sarri, starting just 12 Serie A matches, although injury also contributed to his absence.

While Ramsey's departure would not adversely affect Juventus too much, Ronaldo would leave a sizeable hole in the team. The Portuguese was the club's top scorer this season, netting 37 goals in all competitions, including 31 in the league.

These were the details of the news Cristiano Ronaldo 'offered everywhere, including Barcelona' as Juventus aim to get €31m annual salary off the books - reports for this day. We hope that we have succeeded by giving you the full details and information. To follow all our news, you can subscribe to the alerts system or to one of our different systems to provide you with all that is new.