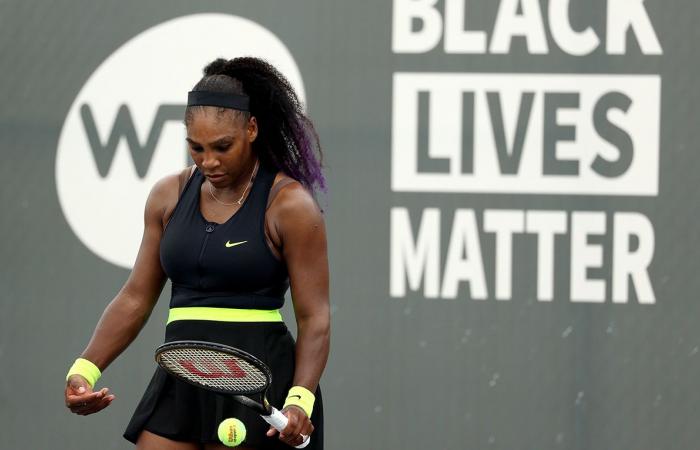 Thank you for reading the news about No fans, no problem as Serena wins on return and now with the details

Williams, who before Tuesday had not played a competitive game since a Fed Cup appearance in February, came from behind to defeat American world No. 60 Pera 4-6, 6-4, 6-1 in two hours and 15 minutes at the Top Seed Tennis Club in Lexington.

The former world No. 1’s first round victory played out to an empty arena. This week’s tournament — the first WTA event in the US since the COVID-19 pandemic — is taking place without spectators.

Williams, 38, later revealed that the sedate surroundings had suited her game.

“It was a really calm atmosphere, it was really chill,” Williams said.

“I can’t say I disliked it. I didn’t mind it at all. I’ve been through so many things in my career and this was totally different. I think I won today because I was calm for once in my career.

“Kind of reminds me of junior days. Something nostalgic about that. I kind of enjoyed it.”

The 23-time Grand Slam singles champion looked to be flirting with an early exit in the second set, but recovered from 0-40 down at 4-4 before holding and eventually winning the set.

“I just knew I could do better,” Williams said. “It was an interesting game. I just had to get used to her game a little bit. She played really well.”

Williams will now play either sister Venus or Victoria Azarenka in the second round.

Pera had seized an early advantage in the first set, breaking Williams to take a 3-2 lead before holding for the remainder of the set to win 6-4.

Williams was soon in trouble on her service game in the second set, falling 0-40 in the opening game before battling back to hold.

Williams moved into a 3-1 lead with a break of Pera’s serve in the fourth game, but her Croatia-born opponent hit back immediately with a break of her own before holding to level at 3-3.

With the next two games going to serve, Williams looked to be in trouble after falling 0-40 down in the ninth game. But she dug deep to hold for a 5-4 lead and then broke for the set when Pera sent a forehand return wide.

The momentum spilled into the deciding set, and another misdirected forehand from Pera handed Williams a break to move into a 3-1 lead.

Another break took her into a 5-1 lead and she closed out the win by holding to love, wrapping up victory with a cross-court forehand that left Pera stranded.

This week’s WTA tournament is the first to be staged in the United States since the COVID-19 pandemic shut down the tennis season earlier this year.

These were the details of the news No fans, no problem as Serena wins on return for this day. We hope that we have succeeded by giving you the full details and information. To follow all our news, you can subscribe to the alerts system or to one of our different systems to provide you with all that is new.