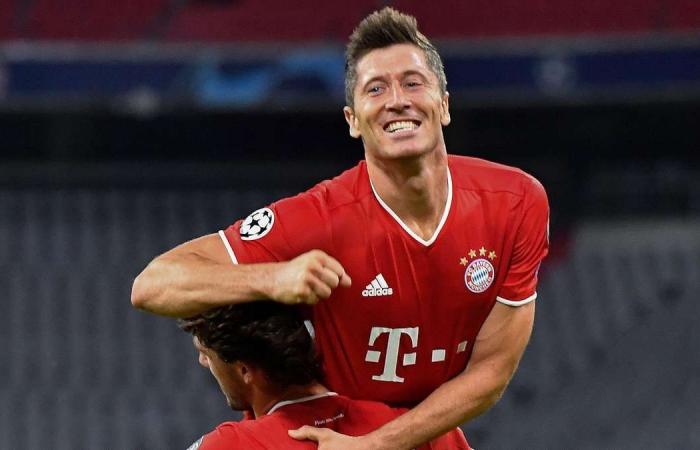 Thank you for your reading and interest in the news Robert Lewandowski 10, Thiago Alcantara 8, N’Golo Kante 7: Bayern Munich v Chelsea player ratings and now with details

Hind Al Soulia - Riyadh - Manuel Neuer – 5. Had little to do for 90 minutes, except once when he fumbled to gift Abraham his goal just before halftime. Getty Images

Jerome Boateng – 7. Played his part in an organised backline that rarely gave Chelsea an inch. Subbed off just after the hour. EPA

Alphonso Davies – 7. Started the match brightly and it looked like he would bully the Chelsea defenders all game, just like he did in the first leg. His impact waned but didn’t put a foot wrong. EPA

Thiago Alcantara – 8. Bayern’s puppet master pulled the strings from midfield before being subbed. A classy display from a classy midfielder. AFP

Serge Gnabry – 6. For a player who loves nothing more than terrorising teams from London, the German winger had a relatively subdued evening. EPA

Thomas Muller – 6. Bayern’s veteran forward has been reinvented as a creator this season but couldn’t work his magic on the evening. Reuters

Ivan Perisic – 7. A largely quiet game but took his chance when it came his way to double Bayern’s lead. PA

Robert Lewandowski – 10. Won and converted the penalty for the opening goal. Set up the second for Pulisic and provided the cross for Tolisso to score Bayern’s third. Then buried a header for Bayern’s fourth, his second on the night and 53rd of the season. Staggeringly, was involved in all seven goals (three scored, four assisted) over the tie. A cut above every other player on the pitch. As usual. PA

Javi Martinez (81’) – 6. Bayern’s long-serving Spaniard was given a quick run-out when the game was long over. Getty Images

Willy Caballero – 6. Could do little about any of Bayern's goals. But still, conceded four so 6 is as high as he gets. Reuters

Reece James – 6. Had his hands full with Bayern’s left-sided attack. Couldn’t get forward as much as he likes due to Bayern’s dominance. EPA

Andreas Christensen – 5. Outclassed when up against Lewandowski (no real shame there) and played his part in a typically brittle Chelsea defence. Reuters

Kurt Zouma – 6. Partly at fault for Bayern’s laughably easy third goal. Stuck in some strong tackles and headers but was no match for Bayern’s attacking power. AFP

Emerson – 5. Played Lewandowski onside for the chance that led to the penalty and left Tolisso unmarked for Bayern’s third. Was lively going forward but his suspect defending is why he’s likely leaving the club this summer.

Ross Barkley – 6. Given a stark reminder of how he measures up against top quality midfield opposition. Never looked like imposing himself on the game. Had such little influence that photographers stopped taking pictures of him after the warm-up. Reuters

N’Golo Kante – 7. Chelsea’s most effective midfielder, particularly in the second half. The Frenchman displayed his usual high energy and was the only Blues player keeping pace with Bayern. EPA

Mateo Kovacic – 6. Dispossessed in his own half, leading to Perisic’s goal. The Croatian was full of intent and tried to make things happen but was overrun in midfield. AFP

Callum Hudson-Odoi – 6. Scored a lovely, curling finish to pull one back for the Blues. Shame it was disallowed. Attempted to take on the Bayern defence but lacked end product. AP Photo

Tammy Abraham – 6. Starved of service but didn’t help himself by being constantly caught offside. Tapped into an empty net for Chelsea’s consolation. PA

Mason Mount – 6. A quiet game for the attacking midfielder who never troubled the Bayern defence. AFP

SUBS: Olivier Giroud (81’) – 5. Not sure the Frenchman even touched the ball. AFP

These were the details of the news Robert Lewandowski 10, Thiago Alcantara 8, N’Golo Kante 7: Bayern Munich v Chelsea player ratings for this day. We hope that we have succeeded by giving you the full details and information. To follow all our news, you can subscribe to the alerts system or to one of our different systems to provide you with all that is new. 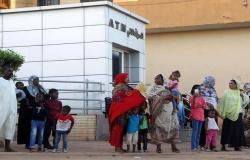