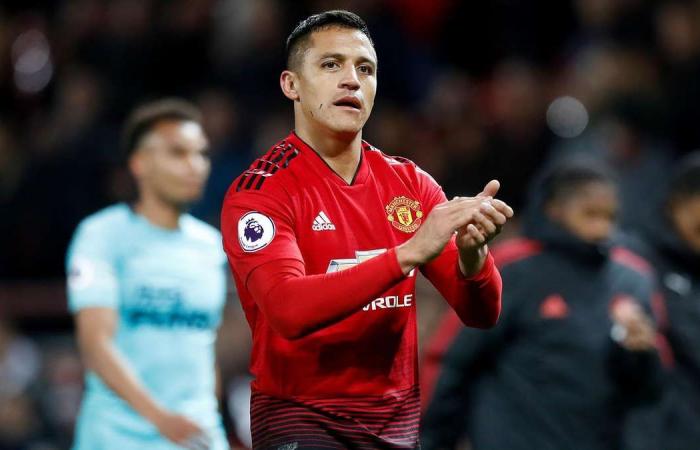 Thank you for your reading and interest in the news Ranked: Alexis Sanchez, Memphis Depay and the 10 worst Manchester United signings of the post-Alex Ferguson era and now with details

Hind Al Soulia - Riyadh - 10) Bastian Schweinsteiger (€9m from Bayern Munich, 2015). Arriving at Manchester United a year after starring for Germany in their World Cup triumph, Schweinsteiger turned up at Old Trafford amid much fanfare, even if supporters knew his best days were behind him. One of the best box-to-box midfielders of his generation, Schweinsteiger no longer had the legs to dominate games and was demoted to the under-23s following the appointment of Jose Mourinho. Always a popular figure among the fans and his fellow players and his transfer fee was not large, but given his standing in the game, this was not a successful transfer. Getty

9) Matteo Darmian (€18m from Torino, 2015). It actually started quite well for Darmian at United, with the Italian right-back named the club’s player of the month in August 2015. After becoming a mainstay in the team during his first season, Darmian soon found himself slipping down the pecking order until the point where, in his final season, he made just six Premier League appearances. He was sold to Parma for just €2.5m in September 2019. Reuters

8) Fred (€55m from Shakhtar Donetsk, 2018). Signed with the expectation that United had found Paul Pogba’s long-term midfield partner, Fred endured a miserable debut season at the club and was being talked about as one of United’s worst ever signings. The Brazilian was continuously off the pace and was clearly struggling to adapt to the pace of the Premier League. To give him credit, he has shown improvement this season, but few people could argue that his contribution so far has warranted the huge price tag. Reuters

7) Radamel Falcao (€7.5m for one-year loan from Monaco, 2014). Falcao was once one of the most feared strikers in the world. Then he suffered a major ACL injury that ruled him out for six months. Despite still gradually making his way back to full fitness, United signed Falcao on loan for the 2014/15 season, covering the Colombian’s €300,000-a-week salary. Four goals in 26 games was a measly return given the financial outlay and it was clear the knee injury had robbed Falcao of his explosiveness. United, unsurprisingly, opted not to take up the €55m permanent option. Getty

6) Eric Bailly (€38m from Villarreal, 2016). After a solid enough start to his United career, long-term knee and ankle injuries have seen Bailly’s form and contribution severely decline. The Ivorian is now firmly behind Harry Maguire and Victor Lindelof in the centre-back pecking order, and with the return of Chris Smalling from his successful loan spell at Roma, plus any transfer business the club may conduct in the summer, Bailly looks set for a bleak United future. Reuters

5) Memphis Depay (€34m from PSV Eindhoven, 2015). The hype surrounding Depay’s switch to United was very real. The problem was, he seemed to believe it, too. A forward of undoubted skill and talent, Depay appeared weighed down by the pressure and expectation. It hardly helped that he was playing in a rigid and uninspiring Louis van Gaal team. He has since blossomed at Lyon, but United’s next great No 7 he was not. Reuters

4) Morgan Schneiderlin (€35m from Southampton, 2015). Anthony Martial aside, the 2015/16 season was not a good one for United’s transfer business. After seven fine seasons at Southampton, Schneiderlin had earned a move to a big club but his United career did not go to plan. Another victim of Van Gaal’s boring system? Or did the Frenchman lack the quality to thrive in a United shirt? Probably a bit of both. Fortunately for United, they did not lose too much money on the deal, selling Schneiderlin to Everton in 2017 for €27m. AP Photo

3) Henrikh Mkhitaryan (€42m Borussia Dortmund, 2016). Mkhitaryan had established himself as one of the finest players in the Bundesliga with Dortmund, providing goals and assists aplenty. He looked tailor made for United and the Premier League. The Armenian had his moments for United, notably his five assists in the first three Premier League games of the 2017/18 season, but he never managed to recapture his Dortmund form. After a year-and-a-half at the club, Mkhitaryan departed for Arsenal in the most mutually underwhelming swap deal in Premier League history. Getty

2) Angel Di Maria (€75m from Real Madrid, 2014). The fact Di Maria rightfully earns his place high on this list despite his stunning start shows just how dramatic his fall was over just one season. The Argentine playmaker moved to United after four fine seasons at Real Madrid and picked up where he left off, contributing to seven goals (three scored, four assisted) in his first six Premier League games. Then injury struck and a general feeling of discontent set in. Di Maria's effectiveness quickly waned to the point where he rarely featured in the starting XI. After one year, he moved to PSG for €63m. United may have recouped most of the transfer fee, but Di Maria’s short stay will go down as one of their worst transfer deals in recent years. Getty

1) Alexis Sanchez (swap deal w/ Mkhitaryan from Arsenal, 2018). When United signed arguably the best player in the Premier League in January 2018, he was meant to signify a shift in a balance of power back towards Old Trafford after a succession of seasons in the shadows if ‘noisy neighbours’ Manchester City. A mind-boggling €550,000 per week contract was offered to the Chilean forward in what proved to be the least value-for-money contract in football history. Sanchez never replicated the brilliance he consistently produced at Arsenal while simultaneously disrupting the dynamic within the squad and the club’s balance sheet. After just three league goals, Sanchez joined Inter Milan on loan for the 2019/20 season before joining the Italians permanently this week. Reuters

These were the details of the news Ranked: Alexis Sanchez, Memphis Depay and the 10 worst Manchester United signings of the post-Alex Ferguson era for this day. We hope that we have succeeded by giving you the full details and information. To follow all our news, you can subscribe to the alerts system or to one of our different systems to provide you with all that is new.