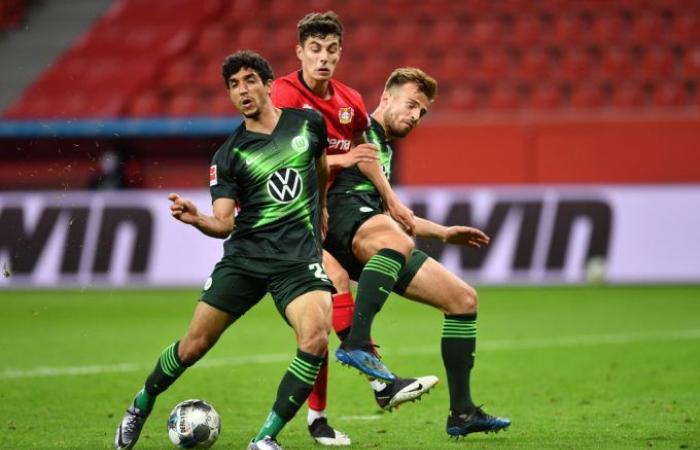 Egyptian youngster Omar Marmoush has made his first European appearance with Bundesliga outfit VFL Wolfsburg but his presence wasn’t sufficient for the German side to avoid a 0-3 defeat to Ukraine’s Shakhtar Donetsk and bow out the Europa League round of 16.

Wolfsburg had lost 2-1 in the first leg at home and needed a victory by at least a two-goal margin when facing Ukrainian counterpart at the Metalist Stadium in Kharkiv to secure a spot in the quarter-finals.

However, Wolfsburg couldn’t put a battle and fell short to another defeat against Shakhtar with three goals to nil to lose 5-1 on aggregate.

Marmoush was subbed on for Wolfsburg in the 62nd minute replacing Daniel Ginczek, after coach Olivier Glasner stated that the 21-year-old could be given minutes in the absence firs team midfielder Renatto Steffen.

Shakhtar will wait to know their opponent in the quarterfinals between FC Basel and Eintracht Frankfurt who will face each other on Thursday.

Marmoush was promoted to the first team following the Bundesliga’s suspension due to the coronavirus outbreak.

He made five Bundesliga appearances for his side, playing a total of 76 minutes and after some convincing performances, he immediately signed a new contract, keeping him at the club until 2023.

These were the details of the news Marmoush features as Wolfsburg exit Europa League for this day. We hope that we have succeeded by giving you the full details and information. To follow all our news, you can subscribe to the alerts system or to one of our different systems to provide you with all that is new.