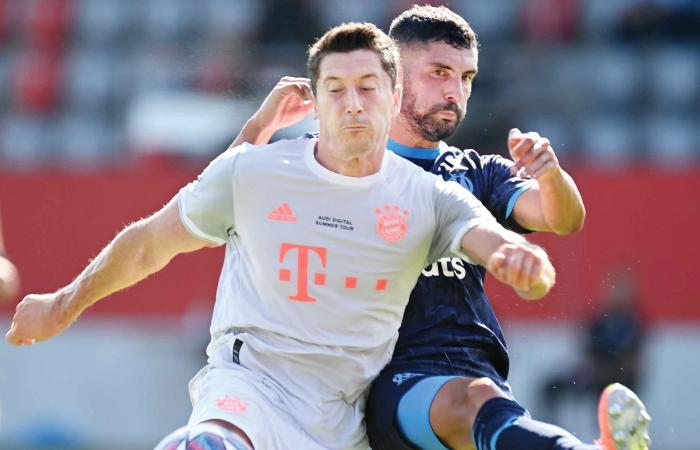 Thank you for reading the news about Champions League ready to resume, at long last and now with the details

DUBAI: There may have been no football in Saudi Arabia for five months but the mind games are in full flow as ahead of the crucial top of the table clash in the Saudi Pro League on Wednesday, Al Hilal boss Razvan Lucescu has told Al Nassr coach Rui Vitoria that the pressure is all on him.

In the first game since March when the season was suspended due to coronavirus, Al Nassr in second, six points behind the leaders with eight games to play, can’t afford any slip-ups in the Riyadh Derby if they are to successfully defend the title they won last season.

“We are six points ahead and the opponent is under more pressure as they know they have to reduce the difference,” Lucescu told reporters at the pre-match press conference to the eagerly-awaited Riyadh Derby that will take place with no fans in the King Fahd International Stadium.

That points gap means that the smart money is still on Al Hilal to take league title number 16. Victory in this Riyadh Derby will take the three-time Asian champions nine points clear of Al Nassr with just seven games remaining.

Not only that but Al Hilal have looked to be in better shape than their challengers in recent warm-up games with a 2-2 draw with second tier side Al-Shoalah following a 4-0 win over Al Riyadh.

“We have been looking forward to this game for a long time,”  Lucescu, who took Al Hilal to the AFC Champions League title in 2019, added. “The league suspension has been long and it has not been easy but we have focused on the mental side of things and aim to return strongly.”

The Romanian has been boosted by the return to fitness of Brazilian star Carlos Eduardo who has recovered from last week’s knock. With the league’s leading goalscorer Bafetimbi Gomis signing a contract extension in July, Lucescu is in a positive frame of mind.

“We know the way they play and we know that it will be a tough game …but everyone is affected by the long pause and we all start at the same level. We are just going to take it step by step and stay focused.”

There has been good and bad news for Al Nassr as Brazilian centre-back Maicon Pereira has arrived in Riyadh from Galatasaray and has been cleared to play. The former Porto star will be needed as fellow defenders Omar Hawsawi and Abdullah Madu could miss out through injury.

While Hilal may have the points gap, in terms of the personal battles between the two coaches, Vitoria has the upper hand. The Portuguese boss has yet to lose in three meetings with his Romanian rival in big games in Europe as well as Saudi Arabia.

In a final play-off to reach the group stage of the 2018-19 UEFA Champions League, Vitoria led Benfica to a 5-2 aggregate victory over PAOK, coached by Lucescu. After a 1-1 draw in Lisbon, the Portuguese powerhouse won 4-1 in Greece.

Earlier this season, Al Nassr inflicted Al Hilal’s only loss in the league this season so far with a 2-1 win at Hilal’s King Saud International Stadium in October with Moroccan forward Abderrazak Hamdallah getting both goals.

A similar result at Al Nassr’s home on Wednesday would breathe new life into the title race. Vitoria has stressed that recent friendly games were a chance to try out tactics and give players a run-out. Losses against Al Raed and Al Fateh however have given the Portuguese boss much to think about.

At the other end of the table.  Al Ittihad are just three places of the bottom of this 16-team league and in danger of the drop. The two-time AFC Champions League winners face a game on Tuesday at mid-table Abha where victory would provide the Jeddah giants with some much-needed breathing space.

The race for third and a place in the 2021 AFC Champions League is also a fierce one. Al Wehda are currently in the driving seat and host Al Shabab while Al Ahli in fourth and just two points behind host the struggling Al Hazem. Al Faisaly, Al-Taawon and Al Raed also have an outside chance of booking a place in next year’s continental competition.

All eyes will, however, be on the top of the table clash as Hilal can take a huge step towards the title. “I am happy with how the players have returned from the suspension and I am confident in  their abilities,”said Lucescu. “All we care about is winning the next match and that will help us win the league.”

These were the details of the news Champions League ready to resume, at long last for this day. We hope that we have succeeded by giving you the full details and information. To follow all our news, you can subscribe to the alerts system or to one of our different systems to provide you with all that is new. 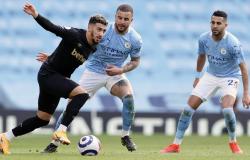 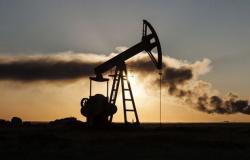 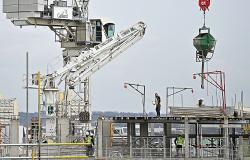 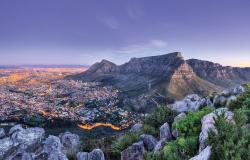