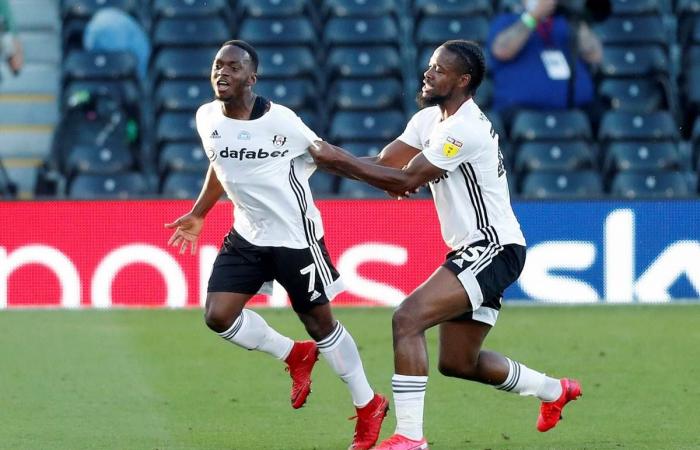 Aden - Yasmine El Tohamy - London side book their place in Championship play-off final at Wembley after edging past Cardiff 3-2 on aggregate.

Fulham will face Brentford in the Championship playoff final after holding on to beat Cardiff 3-2 on aggregate despite a 2-1 defeat in the second leg of their semi-final on Thursday.

Curtis Nelson headed Cardiff back into the contest from a corner after just eight minutes to give the Welsh side hope of a comeback, but the visitors' lead lasted less than a minute as Neeskens Kebano swept home an equaliser.

Fulham then had a host of chances to put the tie to bed before half-time, but were made to endure a nervy night as half-time substitute Lee Tomlin hooked in with his first touch to give Cardiff life again at the start of the second half.

Cardiff continued to pepper the Fulham box with crosses and came within inches of forcing extra time when Robert Glatzel fired over on the volley deep into stoppage time.

However, Scott Parker's men held out to set up a West London derby against Brentford at Wembley on August 4 in the most lucrative game in world football with promotion to the Premier League worth an estimated £170 million (Dh808 million) to the winners.

"It was the worst start you can think of. These 2-0 leads are a bit weird in your head. It feels comfortable but is not at the same time.

"I think we let ourselves down a little bit by not playing our normal game, and we invited pressure.

"But, look, we showed a different side to us at times as well in the second half especially. When our backs were against the wall, we dug in deep and we got over the line."

These were the details of the news Fulham and Brentford to meet In $220 million match to reach Premier League for this day. We hope that we have succeeded by giving you the full details and information. To follow all our news, you can subscribe to the alerts system or to one of our different systems to provide you with all that is new.