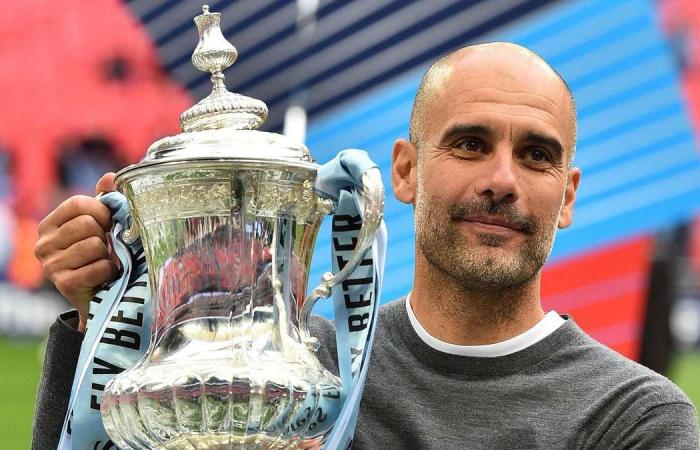 Thank you for your reading and interest in the news FA Cup and Premier League predictions: semi-final glory for Pep Guardiola and Ole Gunnar Solskjaer, while Wolves enjoy Euro boost and now with details

Hind Al Soulia - Riyadh - SATURDAY - Premier League: Norwich City v Burnley (Kick-off 8.30pm UAE): What a thoroughly miserable end to the season it has been for down and out Norwich. The Canaries were put out of their misery and relegated after capitulating in humiliating fashion last Saturday when fellow strugglers West Ham thrashed them 4-0 at Carrow Road. The scoreline did improve at top-four chasing Chelsea on Tuesday when they were beaten 1-0, although Daniel Farke's men failed to resister a single shot on target and set an unwanted new club record of eight consecutive defeats. Burnley's dream of European football next season is pretty much over but securing a top-10 finish would still represent a very successful season for the Clarets. Prediction: Norwich 1 Burnley 2. EPA

FA Cup semi-final: Arsenal v Manchester City (10.45pm): City continue their quest for a trophy treble this weekend as the reigning FA Cup winners look to maintain their grip on the trophy. The League Cup is already safely on the Etihad mantelpiece, while their bid to win the Champions League for the first time is set to start again in August. These two teams have faced each other already since the restart when City ran out comfortable 3-0 winners and Arsenal's error-prone defender David Luiz came on as a first-half substitute, gifted the hosts their opening goal and was then sent-off for pulling back Riyad Mahrez that allowed Kevin de Bruyne to score from the resulting penalty. Prediction: Arsenal 1 Manchester City 3. AFP

SUNDAY - Premier League: Bournemouth v Southampton (5pm): They are hanging on by the skin of their teeth, but Bournemouth have at least made a fight of staying in the top-flight the last couple of weeks; drawing with Spurs, battering Leicester and then falling to a tight defeat at Manchester City. But with just two games left, time is fast running out and south-coast rivals Southampton are no mugs - especially away from home - and are unbeaten in five league games, taking points off both Manchester clubs along the way. Prediction: Bournemouth 0 Southampton 2. PA

Tottenham v Leicester (7pm): Still plenty to play for these two clubs. Spurs are still hoping to secure a Europa League place next season and have been buoyed by two wins on the trot against Arsenal and Newcastle - with Harry Kane scoring twice in the latter, taking him to 200 career goals. Leicester need to win their final two games to be sure of Champions League football - although their final game of the season is set to be a winner-takes-all battle against Manchester United. Prediction: Tottenham 1 Leicester 1. EPA

FA Cup semi-final: Manchester United v Chelsea (9pm): The weekend's second last-four clash is another belter between two teams fighting for top-four spots in the league, who are separated by one point and two places. If the result was to be decided on head-to-head records this season, there would only be one winner. United have done the double over Chelsea in the league and knocked them out of the League Cup - winning 8-1 on aggregate over the three games. Ole Gunnar Solskjaer has a settled line-up with attacking players in top form and go into the match as narrow favourites. Prediction: Manchester United 3 Chelsea 2. AFP

MONDAY: Premier League: Brighton v Newcastle (9pm): Newcastle's impressive start to the restart contrasts sharply to their recent efforts as the Magpies hobble towards the season finale. Steve Bruce's men have lost three games in a row, taken one point from a possible 12 and seen key players pick up injuries. Brighton have not fared much better with one win in six games but both teams have achieved their main goal for the season: Premier League survival. Prediction: Brighton 1 Newcastle 2. AP

Sheffield United v Everton (9pm): A header from Theo Walcott was the unlikely source of Everton's last-gasp equaliser on Thursday, as they snatched a draw against relegation-haunted Aston Villa. It provided some welcome relief to manager Carlo Ancelotti who has been fiercely critical of his players after their 3-0 defeat at Wolves in the last match. The Blades, meanwhile, were brought back to earth after their magnificent 3-0 drubbing of Chelsea, when they lost 2-0 at Leicester on Thursday. Chris Wilder's team deserve a European spot after a fantastic season, though, and have a great chance of three points here against an Everton side with nothing to play for. Prediction: Sheffield United 2 Everton 0. EPA

Wolves v Crystal Palace (11.15pm): Wolves' hopes of Champions League football took a significant blow when Manchester City's two-year European ban was overturned on Monday, taking fifth-place out of the equation for qualification. Nuno Espirito Santo's side have struggled for consistency since the restart, winning two, losing two and drawing one of their last five games. Raul Jimenez took his goals tally for the season to 17 in their draw against Burnley last up and now faces a Palace side that has lost six games on the spin. Prediction: Wolves 3 Palace 1. PA

These were the details of the news FA Cup and Premier League predictions: semi-final glory for Pep Guardiola and Ole Gunnar Solskjaer, while Wolves enjoy Euro boost for this day. We hope that we have succeeded by giving you the full details and information. To follow all our news, you can subscribe to the alerts system or to one of our different systems to provide you with all that is new.