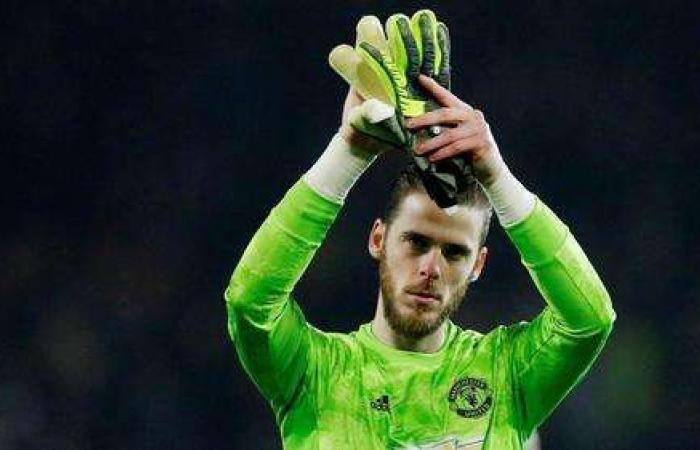 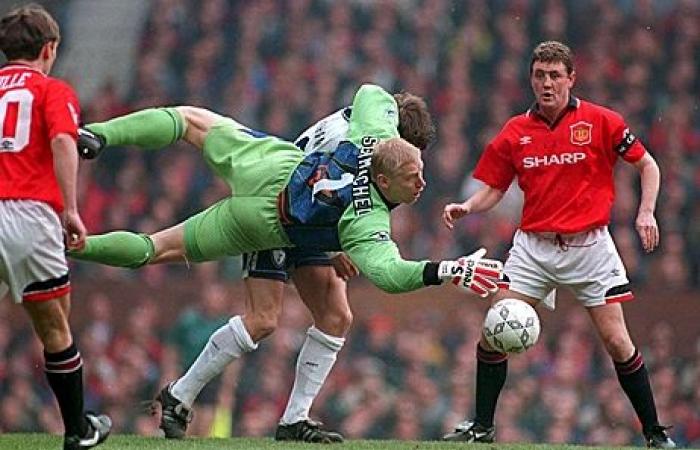 Hind Al Soulia - Riyadh - David de Gea is set to make his 400th Manchester United appearance against Southampton on Monday when his side can move into the top four for the first time since September with a fifth successive victory.

The Spaniard has had his wobbles this season, but he has been a superb and stable goalkeeper throughout most of his nine years at the club.

United have not always been able to draw on such stability – incredibly there were ten different goalkeepers between Peter Schmeichel departing in 1999 and Edwin van der Sar arriving six years later.

De Gea went past Schmeichel’s 398 United games in Thursday’s 3-0 win at Aston Villa and he is now the United player with the most appearances from outside the United Kingdom and Republic of Ireland.

Speaking about De Gea in the United Review match day programme for the Sheffield United game, Schmeichel said: “There’s no debate about it: he’s been fantastic since he came to the club.

"He’s been player of the year in almost half his seasons, and some of the saves he has made have been absolutely phenomenal. There are too many to list, but obviously the free-kick from Juan Mata [at Stamford Bridge in 2012] stands out in my mind for being a turning point in his United career.

“From that point on, I was looking at David and thinking: ‘This guy... he’s something special’. His reactions are just unbelievable at times.”

“This team is evolving and that means that David’s role is changing too,” said the Dane.

“If you’re a goalkeeper that has been busy for years, and now you’re not busy, you have to change your game a little bit. You need to find new ways of keeping your concentration, of staying with the game.

“We want to challenge for titles and you win them with clean sheets and goals. If you make saves and keep a clean sheet, that guarantees you one point, that’s it. But if you score goals then you’ve got a better chance of winning three points, and going forward we look incredibly exciting."

Schmeichel believes hunger for more silverware will keep De Gea on his toes. “He’d far rather pick up a few more winner’s medals than player of the year trophies, I’m certain.

"Nine years at Manchester United is a long time and reaching 400 appearances for the club is a huge landmark which very few players have managed to do, but David’s got a long way still to go.

"He’s a young lad. He could play on here for another 10 years. It’s been great to watch his development here and it’ll be very exciting to see him use those experiences to play a big part in United’s future.”

De Gea is 29. If he continues to average 45 games per season for the next five years he will become a top five appearance maker for United and surpass Alex Stepney as the goalkeeper with the most games. His attitude has impressed Schmeichel.

“David’s been fantastic and I’ve enjoyed working with him,” said Schmeichel. “He’s come out and said he wants to play a lot more and that’s up to him. It’s a pleasure to watch him still work hard with Richard and Craig and the other goalkeepers around the place.

“He’s won the Premier League, FA Cup, Europa League and League Cup but that’s probably not enough for him, I don't think he’ll be happy unless he’s winning the bigger trophies.

"Staying at Man United in this time and not having won more is something he will feel is a black dot in his career. Yes, he’s won personal awards but David’s the type where he doesn’t care about the personal awards. He wants to win the big trophies.”

De Gea also won the Europa League with Atletico Madrid – a decade ago – a competition he could win with United again this season.

But it’s the 2013 Premier League celebration which he loves talking about most with his fellow countryman Juan Mata.

United and De Gea have had far better seasons, but his team are 16 unbeaten and they will need him it his best if they are to continue their transformation from also-rans to credible challengers.

These were the details of the news David de Gea breaking records as Manchester United rediscover their winning form for this day. We hope that we have succeeded by giving you the full details and information. To follow all our news, you can subscribe to the alerts system or to one of our different systems to provide you with all that is new.