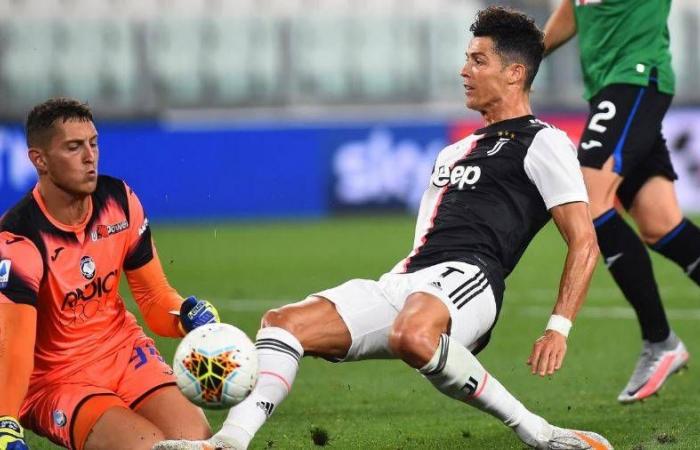 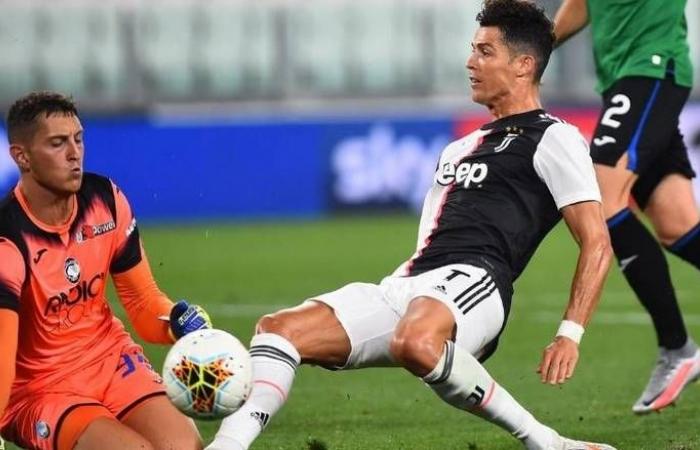 Cristiano Ronaldo converted two penalties, both awarded for handballs and the second in the last minute, as Serie A leader Juventus twice hit back to draw 2-2 with Atalanta to move closer to a ninth successive Serie A title on Saturday.

The Portuguese forward took his league tally to 28 goals this season as Juventus went eight points clear of second-placed Lazio with six matches to play. Atalanta are a further point back in third after being denied a tenth successive league win.

Both handballs were clearly accidental but, under the current rules, referee Piero Giacomelli had no option but to award the penalties.

It was rough justice on Atalanta. The team, which lead Serie A in scoring, would have climbed into second place and cut the gap between themselves and Juventus to six points if they had won.

Juventus, humbled 4-2 at AC Milan on Tuesday, dropped Miralem Pjanic but were quickly forced onto the back foot by a typically audacious Atalanta side.

Duvan Zapata put the visitors ahead in the 16th minute as an intricate exchange of passes with Alejandro Gomez opened up the Juventus defence before the Colombian slotted his shot past Wojciech Szczesny.

The visitors continued to pen Juventus into their half, enjoying 58% possession and five shots to the home team's one before halftime, only to fall foul of the handball rule 10 minutes after the break.

Paulo Dybala fired a cross against Marten de Roon's elbow and, although it was at point-blank range and the Dutchman's arm was close to his chest, the referee immediately pointed to the penalty spot.

Ronaldo smashed home the spot kick, scoring for the sixth game in a row.

The game opened up, with Atalanta regaining the lead in the 81st minute when Luis Muriel sent a pass across the face of the penalty area to Ruslan Malinovskyi who took it in his stride before firing a right-foot shot past Szczesny.

But lightning struck a second time for Atalanta when Gonzalo Higuain got his foot to a corner and deflected the ball onto Muriel's hand.

The Colombian did not have time to get his hand out of the way but, as it was outstretched, the penalty had to be given and Ronaldo converted in the 90th minute.

These were the details of the news Ronaldo's penalties salvage 2-2 draw for Juventus against Atalanta for this day. We hope that we have succeeded by giving you the full details and information. To follow all our news, you can subscribe to the alerts system or to one of our different systems to provide you with all that is new.