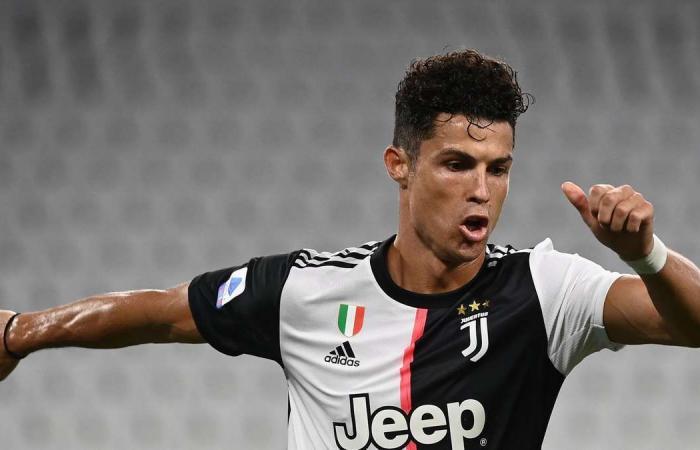 Lazio's 2-1 loss to Sassuolo earlier in the day gave Atalanta, on an 11-match winning streak heading into the game, the chance to move second and narrow the gap to Juve to six points.

But despite trailing twice and being outplayed for long periods, Maurizio Sarri's Juventus moved eight points clear at the top with six matches remaining as Ronaldo took his tally to 28 league goals this season.

"We can't make calculations yet, we can't take our foot off the gas until we are mathematically champions," said Juve captain Leonardo Bonucci.

It was an ultimately frustrating outing for Atalanta who stay third, nine points off the pace, after conceding both spot-kicks for handball.

"What are we meant to do, cut our arms off? You can at most put your arms in front of your body," Atalanta coach Gian Piero Gasperini said.

"The interpretation of the rule is not the same here as elsewhere. Other countries don't give penalties like that. These are the rules here, fine."

Juve started brightly but it did not take long for the visitors to take control and dominate possession.

Josip Ilicic fired the first real chance of the game wide, but Atalanta grabbed the lead in the 16th minute, scoring for the 25th consecutive match in all competitions.

Papu Gomez was the creator, wriggling free in midfield before exchanging passes with Duvan Zapata before sliding the ball back for the Colombian to drill home his 15th league goal of the campaign.

Zapata was a real nuisance for Juve, with Matthijs de Ligt doing well to block another goalbound effort, before the striker narrowly failed to connect with Timothy Castagne's cross.

Paulo Dybala almost levelled for the hosts against the run of play, but his volley was deflected wide.

The reigning champions were gifted a route back into the game nine minutes after half-time as Marten de Roon was penalised for handling Dybala's cross.

Ronaldo stepped up to score his 27th Serie A goal this term, drawing him within two of Lazio's Ciro Immobile at the top of the goalscoring charts.

Atalanta continued to attack in search of the victory they needed to boost their title hopes, but shortly after substitute Muriel fired a free-kick into the wall, Malinovskiy's low strike flicked the base of the post.

Ronaldo almost put Juve in front with 10 minutes to play, but visiting goalkeeper Pierluigi Gollini made an excellent save to keep out the Portuguese star's half-volley.

Malinovskiy did put Atalanta back into the lead in the 81st minute, as Muriel picked out his fellow sub to hammer a fierce shot past Wojciech Szczesny.

But Atalanta shot themselves in the foot again in the 90th minute, as Ronaldo fired in his second spot-kick after Muriel was penalised for handball.

The capital club sit eight points adrift of Juve in their tilt at a first league title since 2000, but have suffered three straight defeats.

"Talking about the Scudetto was always a bit of a stretch and we have to look reality in the face," coach Simone Inzaghi told Sky Sport Italia.

"That doesn't mean we will give up. Next season, in the Champions League, we'll be able to rotate the squad more."

These were the details of the news Cristiano Ronaldo penalty double edges Juventus closer to Serie A title - in pictures for this day. We hope that we have succeeded by giving you the full details and information. To follow all our news, you can subscribe to the alerts system or to one of our different systems to provide you with all that is new.