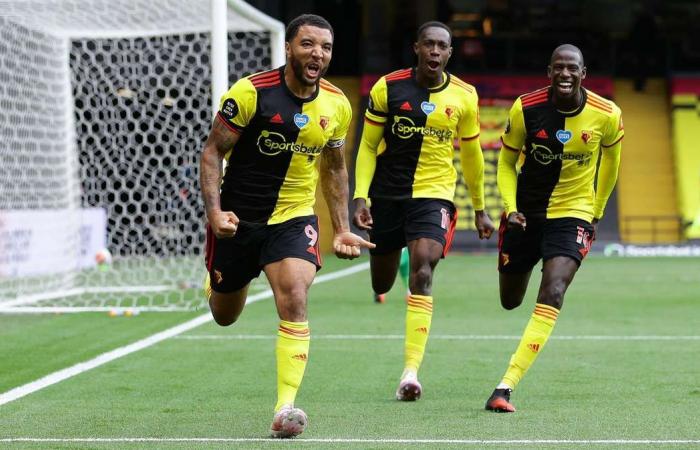 Thank you for your reading and interest in the news Will Hughes 8, Troy Deeney 7; Federico Fernandez 4: Watford v Newcastle player ratings and now with details

Kiko Femenia - 7: Excellent challenge and interception to stop Almiron's counter-attacking charge from in his own half during the first period. Drew in challenge by Ritchie to earn his side's first penalty. Getty

Christian Kabasele - 7: Up against it at times in the first half but stuck to task as Watford took control of game after the break. PA

Craig Dawson - 7: Assured performance in defence with one perfectly timed challenge to stop Almiron in second half. Getty

Adam Masina 6: Testing day for the Italian as he came up against the pace of Saint-Maximin and Almiron. EPA

Etienne Capoue - 6: Poor concentration when he allowed Fernandez a free header to set up Newcastle goal from a corner. Getty

Will Hughes - 8: Tenacious in the tackle, never stopped harrying Newcastle in possession and the fulcrum to Watford's win. Getty

Ismaila Sarr - 7: Struggled to make any impact in disappointing first-half show. Improved after the break and forced clumsy challenge out of Manquillo to earn second penalty. Reuters

Abdoulaye Doucoure - 6: Should have done better with second-half chance but failed to trouble Dubravka. Getty

Danny Welbeck - 6: Had good chance in second half but his shot was deflected over the bar by some desperate Newcastle defending. Getty

Troy Deeney - 7: Relieved to have ended goal drought with two from penalty spot but should have scored another when gifted chance by Fernandez but could only fire straight at Dubravka. Also denied chance to make it 3-1 by great Lascelles challenge. Reuters

NEWCASTLE RATINGS: Martin Dubravka - 7: Got close to both penalties hit pretty much down the middle but beaten by power. Good handling from crosses throughout. AFP

Javier Manquillo - 4: Poor performance from the Spanish full-back. Never looked comfortable on either flank and gave away the foul for second Watford penalty. Getty

Jamaal Lascelles - 7: Vital clearance off the line in first half after Welbeck's shot had hit the post. Great block to deny Deeney after break. Booked for cynical foul to stop Doucoure when the French midfielder was bearing down on Newcastle goal and went off injured before the end. Getty

Danny Rose - 6: Mixed bag from the full-back. Flashes of quality to show why he has won 29 England caps but also incurred wrath of teammates when he allowed Welbeck a chance to cross into box in first half. Getty

Jonjo Shelvey - 6: Centre-midfielder sprays the ball out wide so well. One perfect cross across the penalty area in first half that was crying out for a finish. Influence waned as match went on. Reuters

Matt Ritchie - 6: Brilliant cross to find Fernandez whose header set up Gayle for opening goal. Poor challenge on Femenia to give away penalty. Getty

Miguel Almiron - 6: Saw his first-time shot from tight angle in first half blocked well from Foster. Showed his electric pace on one marauding count-attack from one end of the pitch to the other. Like rest of Newcastle attack, disappeared after first Watford goal. Reuters

Allan Saint-Maximin - 7: Nominated for Premier League player of the month, the winger was his usual mixture of brilliant attacking play and frustrating end product. Will have been disappointed not have scored in first half when emerging through one-on-one with Foster only for keeper to block with his feet. Getty

Dwight Gayle - 7: Classic poacher's finish from one-yard out to give side the lead. A handful up front. Reuters

SUBS: Joelinton (On for Ritchie 72') 6: Overhit pass when had chance to put Gayle through on goal. Reuters

These were the details of the news Will Hughes 8, Troy Deeney 7; Federico Fernandez 4: Watford v Newcastle player ratings for this day. We hope that we have succeeded by giving you the full details and information. To follow all our news, you can subscribe to the alerts system or to one of our different systems to provide you with all that is new.