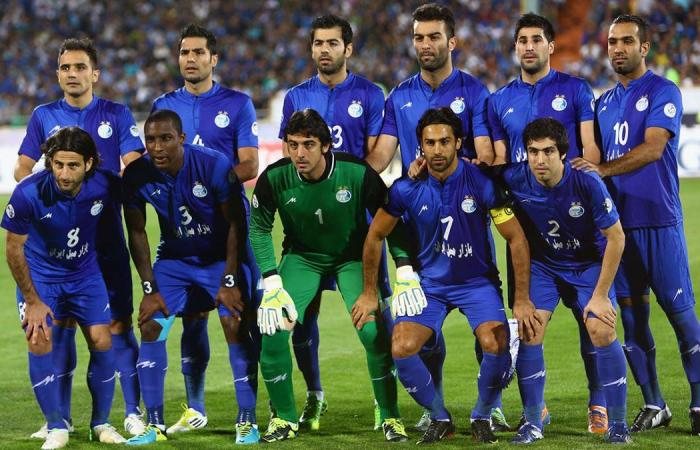 Jeddah - Yasmine El Tohamy - Dubai: Mario Balotelli is inching closer towards a sensational move to Arabian Gulf League champions Sharjah Football Club in time for the start of the 2020-21 season, his international representative Morris Pagniello has revealed in an exclusive interview with Arab News.

“The negotiations began yesterday, and the club has expressed real interest,” Pagniello, a FIFA certified agent, said. “We were not discounting other options or clubs in the region, like Saudi Arabia or Qatar. But my first preference is Sharjah, because of the standard of living and club itself is one of the most elite in the Emirates. Lifestyle wise, and for his career, I think Sharjah will be the best option for him.”

Pagniello also revealed that Genova International School of Soccer (GISS) will partner with Sharjah Sports Council in an effort to bring some of Europe’s finest young coaches and talent spotters to these shores with a view to developing some of the best local talent around.

Rumors have swirled on social media for several days that the 29-year-old Balotelli, currently at Brescia, will be joining the team which has maintained a hold on the UAE league title in 2018-19 after the current campaign was cancelled due to the coronavirus pandemic.

“It’s actually something that came up three weeks ago when I was asked to see where we can place Mario,” Pagniello said. “One of the options was Boca Juniors in Argentina, I was pushing for that. But then I mentioned that we work with Sharjah Sports Council, having placed the first two Emirati players in La Liga, and Sharjah FC became our first preference, and our first official interaction with the club was yesterday morning.”

Balotelli’s signing would be a statement of intent for Sharjah, and Pagniello believes life in the Emirates could provide a perfect move for Balotelli.

“He’s had a lot of controversy in his career,” he said. “But this type of life, outside of Europe, and taking football from another perspective and leading up to the Euros, what’s important for him is to play games and score goals. I think this is the right country for him.”

Balotelli started his career at Lumezzane, where he played two first team matches before embarking on a whirlwind career that saw him play for: Inter Milan, where he won the treble under Jose Mourinho in 2009-10; Manchester City, where he, under Roberto Mancini, helped the club claim their first Premier League title; Liverpool, Milan, Nice, Marseille and most recently Brescia.

Though he has resumed training with the Italian club today, it is only a matter of time before he finds a new club, according to Pagniello, and Balotelli has not given up on making the Italian squad for the Euros taking place sent summer.

“Roberto Mancini is considering him, he is one of the best strikers in Italy still,” he said. “Give him the right ambience, where he plays, and he scores goals. I think he’ll be one of the biggest names ever to play here. It’ll be massive for football in the Emirates to have a name like this. And not just for the name, but for the quality.

Balotelli, who has been to Dubai on holiday previously, would arguably be the highest profile footballer to play in the Arabian Gulf League yet, and his representative is hoping that a two-year deal, at least, can be agreed with Sharjah soon.

Despite a nomadic career that has seen ups and downs across Europe, Balotelli, at 29-years-old, is entering the peak of his career according to Pagniello.

Pagniello’s other order of business is establishing the latest branch of the GISS in association with Sharjah Sports Council.

“Over a year-and-half ago we started talks with the Sports Council secretary-general Issa Hilal Al Hazami, to program the development of local Sharjah players and clubs,” Pagniello said. “So we’re looking at opening with Dibba and Khor Fakkan, establishing our academy bases.

“Working with the clubs, from the under-20s down, working with their coaches and also bringing in Spanish and Italian coaches. Sharjah FC have their own program now with Ajax, but we’re looking top collaborate with them for their player pathways, for their youth players to come to Europe.”

One of the GISS ambassadors is former Real Madrid and Spain legend Fernando Morientes, and GISS will be looking to bring that kind of quality and experience to the region in the coming years.

“The coaches will all be ex-players,” said Pagniello. “We are bringing academy coaches, ex-players, even if it was at second division or third division, they would have had to have played at a certain level that they can show the kids.”

Giovanni Tedesco, former captain of Genoa and Palermo, and until recently coaching in Malta, is already slated to be technical director for Dibba’s U20s team.

The coaches will be tasked with developing Sharjah’s young talent to a level where they can play for their respective club first teams, or to seek a career in Europe, something that only a handful of Emirati players have ever considered. Today, more opportunities are arising.

“I am one of the international scouts for La Liga club Leganes, and our major objective is to get players into their system,” Pagniello added. “I’m also the president of Racing Murcia (Third tier of Spanish football) and we have a first team and youth team which we will be using as pathway for these players. So they will go there, train, sign, study and play football.”

Pagniello and GISS will also hope that regional talent will be attracted to Sharjah, and to their particular project.

“It’s a unique program we’re doing and a real pathway,” he said. “A lot of clubs come here and use their logos and have coaches who have never even stepped into the club or actual country, with all due respect. Our thing is to bring players straight from a club, for example the Leganes academy or Inter Milan academy, so we have direct pathway and link, and real interest in developing players. It’s not just about marketing or making clubs richer or for publicity stunts. We’ve signed over 150 players in 10 years from our academy bases.”

Pagniello also sees potential for expanding Genova’s footprint in the region, once the Sharjah academy is up and running.

“Sharjah is our full-time base, and where sports in Sharjah is going, we want to be with them,” he said. “They’ve chosen us and we’ve chosen them, because they’re very ambitious about sports in general. We start from there but we are not excluding that we could end up in Saudi Arabia or Oman. Three years ago, the club sponsor of Leganes was Saudi company called MBUZZ, telecommunications company, so we knew there was a massive market there, and that would be the next market to tackle.”

Having Balotelli on board, as well as the opening of the GISS, could prove a boost not just for Emirati football, but for the whole region. The ball is in Sharjah’s court.

These were the details of the news Iranian football’s Esteghlal suffer 12 positive cornavirus tests for this day. We hope that we have succeeded by giving you the full details and information. To follow all our news, you can subscribe to the alerts system or to one of our different systems to provide you with all that is new.