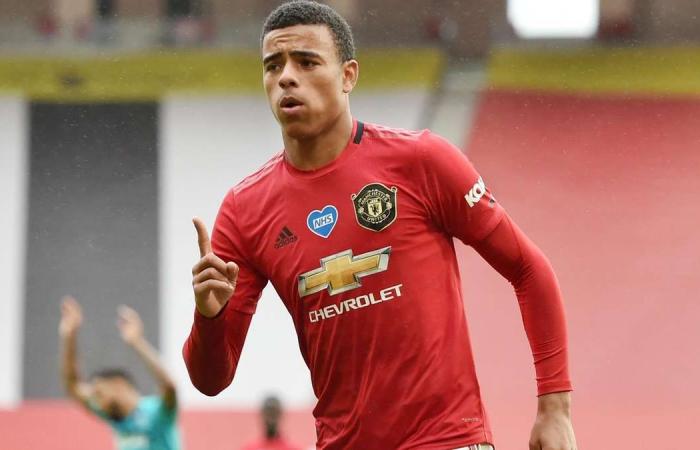 Thank you for your reading and interest in the news Premier League predictions: More goals for Manchester United, no respite for Norwich or Bournemouth and now with details

Hind Al Soulia - Riyadh - TUESDAY: Crystal Palace v Chelsea (Kick-off 9pm UAE): "Every game is going to be pressure now," said Chelsea manager Frank Lampard after their 3-0 win over Watford, as the fourth-placed Blues look to secure a Champions League spot. They picked themselves up well after their shock defeat at West Ham but cannot afford any more slip-ups with teams around them all picking up wins over the weekend. Palace were also brushed aside 3-0 - by third-top Leicester - on Saturday and limping towards the finishing line after suffering four defeats on the trot. Prediction: Palace 1 Chelsea 3. EPA

Watford v Norwich City (9pm): The bottom four of the Premier League appear to be fighting amongst themselves to see who can finish the season in the most shambolic fashion. Watford, sitting a point outside the relegation zone, have one point from their last four games but are tough to beat at home - losing just twice in the league since December. The hapless Canaries, though, are in an even worse state, losing their past six games in all competitions and have failed to score a goal in five league matches. Prediction: Watford 2 Norwich 0. AP

Arsenal v Leicester City (11.15pm): It was a timely return to goalscoring form for Jamie Vardy at the weekend. His double against Crystal Palace not only gave a much-needed boost to Leicester's stalled league form, but also took the Foxes striker into the Premier League 100-goal club. An Arsenal gunning for Europe next season, though, will be a far different proposition to a Palace team just happy to have already secured their top-flight status. Three wins on the trot have hauled Mikel Arteta's side right back into the Euro mix, although their run might well have come too late for the Champions League spots. Prediction: Arsenal 2 Leicester 1. EPA

WEDNESDAY: Manchester City v Newcastle United (9pm): No half-measures from City at the moment; they are either blowing teams away - Arsenal 3-0, Burnley 5-0, Liverpool 4-0 - or falling to narrow defeats - Chelsea 2-1, Southampton 1-0. The common factor in those impressive demolition jobs? The Etihad Stadium, which does not bode well for Newcastle. Steve Bruce's side have yet to lose a league game since the restart, with their only defeat coming in the FA Cup against ... Manchester City, when the 2-0 scoreline on Tyneside flattered the Magpies. Prediction: Manchester City 3 Newcastle 1. AFP

Sheffield United v Wolves (9pm): After a disappointing home defeat to Arsenal, when they managed just one shot on target, top-four chasers Wolves need an instant response against another team with European aspirations. They travel north to take on the Blades who produced a fantastic performance in their last home game to defeat Spurs 3-1. Both teams have good defensive records so expect a tight one at Bramall Lane. Prediction: Sheffield United 1 Wolves 1. AFP

West Ham v Burnley (9pm): Both of these teams picked up draws in their last match, but it was the Hammers that came away more frustrated. David Moyes' side twice took the lead at Newcastle only for the Magpies to hit back on both occasions to prevent West Ham clinching three valuable points in their relegation fight. The consolation for West Ham is that they appear to have found some form - four points in their last two games - while their rivals at the bottom have none. Burnley manager Sean Dyche was satisfied with a point in their last game, despite conceding a late goal to draw 1-1 at home to Sheffield United. They still have an outside chance of European football next season. Prediction: West Ham 2 Burnley 1. Reuters

Brighton v Liverpool (11.15pm): Champions Liverpool appear to have eased up on the intensity after sealing their first title in 30 years. The embarrassing thrashing at Manchester City was followed up by a 2-0 win at home to Aston Villa, when the Reds failed to reach anything like top gear. Brighton, with just one defeat in five games, have pretty much secured top-flight football next season. That loss came at home to Manchester United and you fancy Liverpool to come out with a similar result here. Prediction: Brighton 0 Liverpool 2. EPA

THURSDAY: Bournemouth v Tottenham (9pm): While the Cherries always knew they were facing a nightmare run-in, their current form must be causing all concerned some sleepless nights. Losing 5-2 and 4-1 in their last two games - against Manchester United and Newcastle, respectively - does not tell the full horror story of late. Eddie Howe's beleaguered side have in fact earned just one point from eight matches and are currently suffering the double-whammy of not scoring goals and conceding far too many. Bournemouth 1 Tottenham 3. Reuters

Everton v Southampton (9pm): What a way for Che Adams to finally open his Southampton account: a 40-yard lob to earn his side victory against Manchester City in his 30th game for the club. Manager Ralph Hasenhuttl described the win as "unbelievable" as the Saints look set for a comfortable mid-table finish. When the two teams met at St Mary's in November, Everton ran out 2-1 winners and their Italian manager Carlo Ancelotti would settle for something similar this time round on home turf. Prediction: Everton 2 Southampton 0. AP

Aston Villa v Manchester United (11.15pm): It has been an impressive turnaround in form and fortune since the turn of the year from United. While midfielder Bruno Fernandes has rightly took plenty of the plaudits, it is their front three of Anthony Martial, Marcus Rashford and Mason Greenwood who have blasted them into top-four contention. The trio have now have 55 goals between them in all competitions, while United have scored five times or more four times in their past 16 games. Villa showed plenty of fight in their defeat at Liverpool on Sunday, but time is running out for them to get points on the board and avoid the drop. Prediction: Aston Villa 1 Manchester United 3. PA

These were the details of the news Premier League predictions: More goals for Manchester United, no respite for Norwich or Bournemouth for this day. We hope that we have succeeded by giving you the full details and information. To follow all our news, you can subscribe to the alerts system or to one of our different systems to provide you with all that is new.